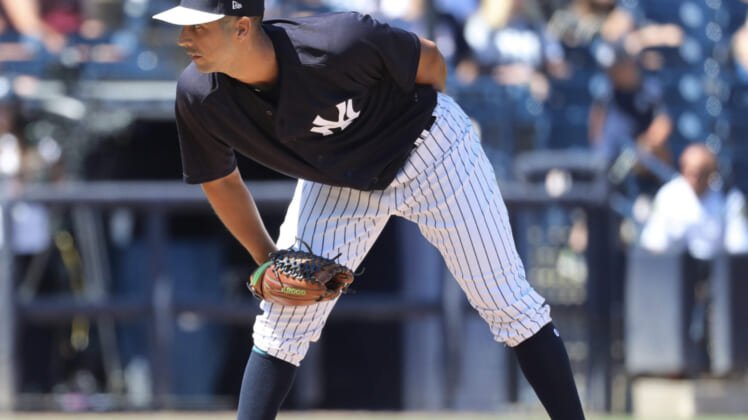 For a team in significant need of depth for its rotation, the New York Yankees are likely going to take a pretty significant hit in the coming days.

According to ESPN’s Jeff Passan, All-Star pitcher Gio Gonzalez is reportedly expected to opt-out of his minor-league contract with the Yankees on Saturday to enter free agency.

New Agent: Gonzalez reportedly fired agent Scott Boras this week and is signing with the Creative Artists Agency as he looks to get a fresh start as a free agent with the chance to find a new home.

Time in the Minors: Gonzalez signed a minor-league deal with the Yankees in March and made his Triple-A Scranton/Wilkes-Barre debut on April 4.

Gonzalez will almost certainly find a new home given the need for pitching around the league and it could even lead to a spot in another team’s big-league rotation before long.