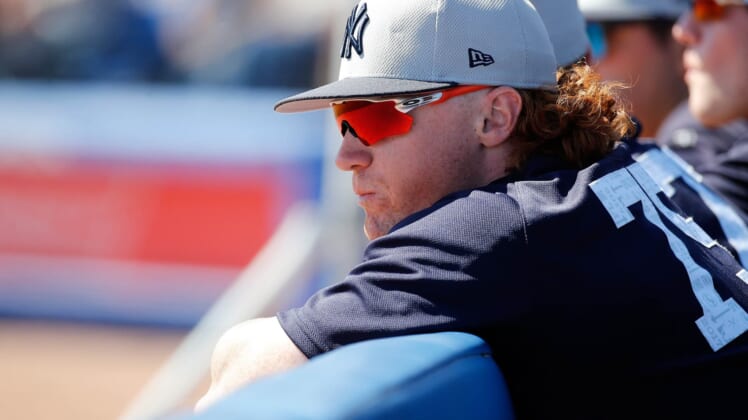 The New York Yankees need to add another high-quality starter to their rotation and are reportedly willing to part with Miguel Andujar and/or Clint Frazier to make it happen.

Jon Heyman of MLB Network reported that Andujar and Frazier are players the “Yankees seem willing to consider” in deals for the starter they need. He also notes that “Deivi Garcia appears to be off limits” unless the Yankees were to land New York Mets star pitcher, Noah Syndergaard.

The Yankees clearly need the help. The team’s recent jaw-dropping losses to Boston highlighted this fact, and now C.C. Sabathia is on the injured list once more.

That Andujar is being made available isn’t shocking. He’s been struggling at the plate this year and carries a .128 average into Sunday.

However, the idea that Frazier could be let go to acquire a starting pitcher really highlights now serious the Yankees are about making this happen. A solid hitter who still has a lot of potential for growth, the 24-year-old is batting .283 with 11 home runs and 34 RBI this year.