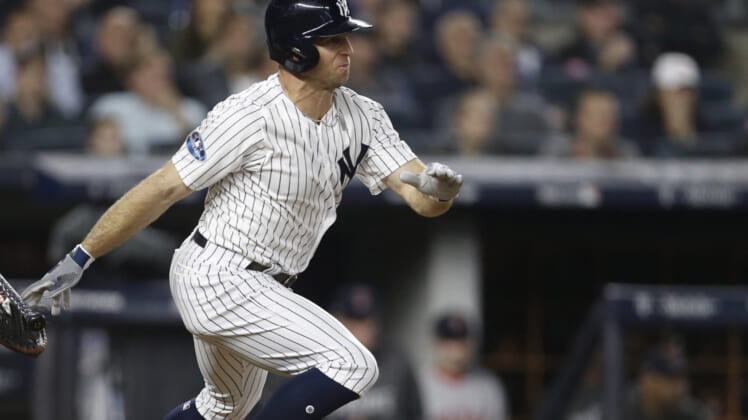 The New York Yankees made some news on Wednesday, announcing that they have re-signed veteran outfielder Brett Gardner to a one-year contract prior to the 35 year old hitting free agency this winter.

The New York Yankees have come to terms with OF Brett Gardner on a one-year contract for 2019.

The total deal is said to be worth $9.5 million, including a $2 million buyout option for the Yankees.

The longest-tenured member of the Yankees, Gardner made his debut with the team back in 2008 and earned an All-Star appearance in 2015. The outfielder hit just .236 with 12 homers, 45 RBI and a .322 OBP this past season.

Gardner saw only 12 plate appearances during New York’s postseason run and figures to be part of a platoon moving forward.