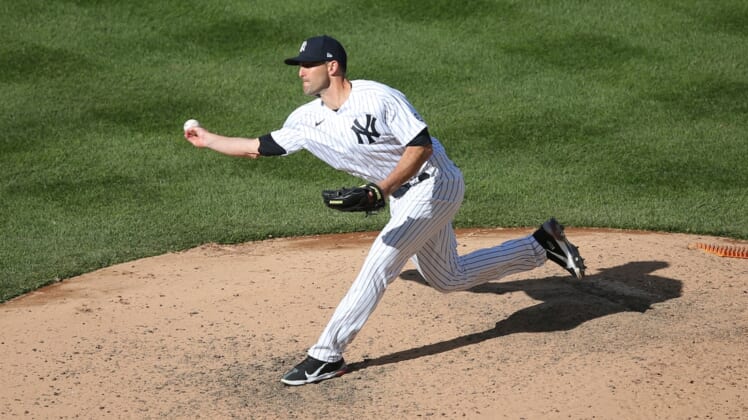 The New York Yankees placed right-hander Darren O’Day on the 10-day injured list prior to Tuesday night’s game against the host Seattle Mariners.

O’Day is dealing with a strained left hamstring. The 38-year-old reliever has a 3.38 ERA in 12 appearances this season.

New York recalled right-hander Nick Nelson from Triple-A Scranton/Wilkes-Barre in a corresponding move. Nelson, 25, went 0-2 with a 9.75 ERA in eight appearances (one start) with the Yankees earlier this season.