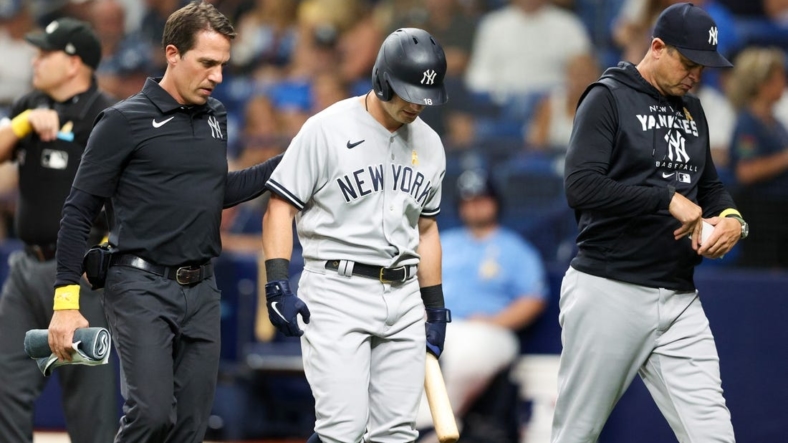 The New York Yankees placed outfielder Andrew Benintendi on the 10-day injured list due to right wrist inflammation on Saturday. An MRI exam had inconclusive results.

“Right now, it’s wrist inflammation,” Yankees manager Aaron Boone said. “We have to get some more tests, some more imaging and more opinions to really narrow down exactly what it is. I think there’s still some questions there.”

Benintendi, 28, was injured against the Tampa Bay Rays on Friday in the third inning when he swung and missed at a sinker by Jeffrey Springs in the Yankees’ 9-0 loss. He shook his hand and left the game immediately.

Acquired from the Kansas City Royals on July 27, Benintendi has two home runs and 12 RBIs while batting .246 in 33 games with the Yankees.

Overall this season, he has batted .302 with 51 RBIs and five homers. He was named to the American League All-Star team for the first time in his career.

Weber, 31, had a 1.17 ERA over three appearances in June and July with the Yankees earlier this season.

Banda, 29, has a 5.64 ERA in the majors and has made 32 appearances this season — 23 for the Pittsburgh Pirates, seven for the Toronto Blue Jays and two for the Yankees.