After retaining DJ LeMahieu, the 2021 offseason is just heating up for the New York Yankees

Now that they took care of their number one priority, the Bombers can address their pitching needs 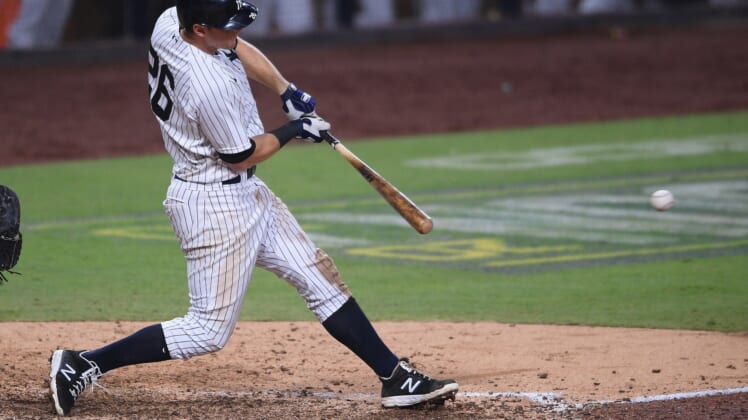 After months of negotiations and some flirting with other teams, infielder DJ LeMahieu finally re-signed New York Yankees. While he didn’t get the $20 million he wanted, the All-Star will be paid $15 million per season for six years.

LeMahieu was the fifth-best free agent available on our list. Now that the Yankees – finally – took care of their offseason priority, they now know how much money they can allocate to address their other areas of need.

As we wrote during the winter, the New York Yankees need to bring several quality pitchers to the roster. According to respected journalists around the city and the country, the next order of business is signing a starting pitcher.

With that in mind, let’s examine the next steps for the Yankees this offseason.

Corey Kluber and the Yankees: could it happen?

Bob Klapisch is reporting that the Bombers are “definitely in” on free agent starter Corey Kluber. The 34-year-old right-hander impressed scouts of 25 teams during a 30-pitch bullpen session on Wednesday.

Kluber reportedly sat 88-90 mph, with his fastball. It’s ot far off the 92-93 he averaged during his best days with the Cleveland Indians. Considering that it’s still mid-January, the fact that he is already around 90 mph is very encouraging, especially considering that he pitched only 36.2 innings between the last two seasons.

In 2020, Kluber was limited to one inning because of a Grade 2 teres major muscle strain in his throwing shoulder and also threw just 35 2/3 frames in 2019 due to a fractured arm and oblique issue. However, he has a 3.16 career ERA and a 1.09 WHIP. He could be a steal if he ends up signing a one-year deal around $8 million, as it’s being reported.

There could be news on the Kluber front as soon as this weekend, as ESPN’s Buster Olney said that the bidding on Corey Kluber “will likely reach a conclusion by this weekend.”

If they swing and miss on Kluber, the Yankees could pivot to other targets, such as Chris Archer, Taijuan Walker, or Garrett Richards, just to name a few. Of course, re-signing James Paxton or Masahiro Tanaka is also a viable option.

Addressing the bullpen is a must for the New York Yankees

As of now, it appears that the New York Yankees want to sign a starter before they turn their attention to the relief pitching market. Liam Hendriks and Archie Bradley have already signed with the Chicago White Sox and Philadelphia Phillies, respectively. However, several enticing names could be targets: Brad Hand is flirting with the Mets but remains unsigned as of now, Kirby Yates, Roberto Osuna, Ken Giles, Mark Melancon, Andrew Chafin, Shane Greene, Alex Colome, and more.

The bullpen is a clear area of need. Only Chad Green, Zack Britton, and Aroldis Chapman offer some reliability among the current members of the relief corps, and it was evident in last year’s playoffs.

If they manage to bring at least another capable starting pitcher and two reliable bullpen arms, New York will solidify its place as one of the very best teams in Major League Baseball.

With a much clearer picture budget-wise, and DJ LeMahieu on this season’s roster, the Yankees can finally start their offseason knowing that there are still talented pitchers available for them. In the end, patience paid off for general manager Brian Cashman.