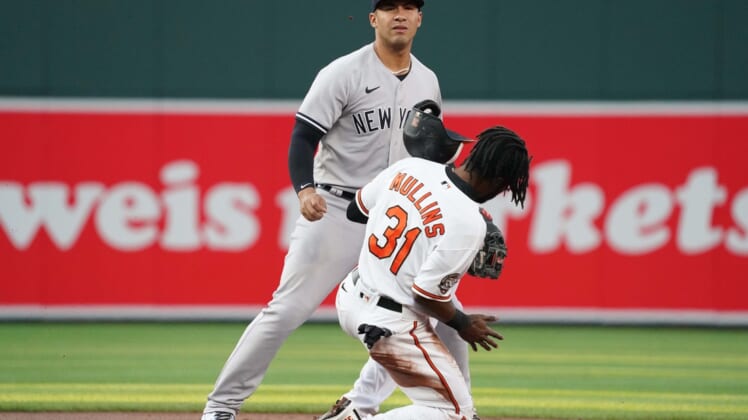 The New York Yankees will look to extend their dominance and defeat the host Baltimore Orioles for the seventh time in nine games this season when the teams continue their four-game series on Wednesday night.

The Yankees, who are a major-league-best 27-9, have won 22 of their past 26 games after defeating the Orioles for the fifth straight time with a 5-4 win on Tuesday.

The Orioles have dropped five straight games after a stretch in which they won six of eight.

The Yankees will turn to right-hander Gerrit Cole (3-0, 2.95 ERA). Cole most recently pitched on Friday, allowing three earned runs on six hits, with nine strikeouts and a walk in 6 1/3 innings during a 10-4 win over the Chicago White Sox.

Cole has been dominant against the Orioles throughout his career, going 4-1 with a 1.41 ERA with 64 strikeouts and nine walks in 44 2/3 innings. He went 2-0 against Baltimore in 2021, allowing an earned run on eight hits with 20 strikeouts and three walks over 12 innings.

The Orioles will counter with right-hander Jordan Lyles (2-3, 4.38), who gave up four earned runs on six hits to go with six strikeouts and three walks in 5 2/3 innings during a 4-2 loss at Detroit on Friday.

Lyles has faced the Yankees twice this season with mixed results.

He produced a strong start when he allowed an earned run on six hits, with four strikeouts and two walks in 5 1/3 innings of a 2-1 win in 11 innings at Camden Yards on April 15.

But he got rocked by New York on April 26. He picked up the loss after giving up six earned runs on seven hits — three of which were homers, including two by Anthony Rizzo — in just 4 2/3 innings during a 12-8 defeat at New York.

“Rizzo, he’s a tough at-bat,” Lyles said of Rizzo, who went 3-for-4 with six RBIs on April 26. “The first one, I threw a good pitch on the black. I threw two of them. He put it in the seats. The second one, he put a good swing on a changeup that I wish I could have back. Smart hitter, sitting on pitches, good hitter.”

Rizzo hit a home run Monday before going 1-for-4 on Tuesday to raise his average to .225.

“It’s a part of the season where you put in the work, and you don’t necessarily get the results (at times),” Rizzo said. “It’s definitely a battle.”

Lyles also will have to be wary of Aaron Judge, who went 4-for-5 with two home runs and three RBIs in Tuesday’s win.

After the Orioles took a 3-2 lead in the fourth, Judge tied the game in the fifth with a 422-foot home run to center field. Judge also hit a solo home run in the third that traveled 410 feet.

The Yankees took the lead for good in the sixth when Gleyber Torres scored on DJ LeMahieu’s groundout to shortstop.

The Yankees extended their lead to 5-3 in the seventh when Josh Donaldson, who had doubled, scored on an error by shortstop Ramon Urias.