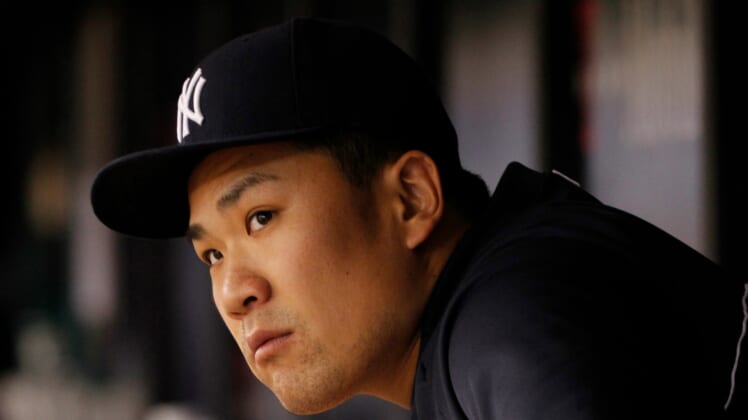 The New York Yankees might want to do something about their pitching if they seriously hope to win the World Series.

They found this out first-hand Thursday evening against the Boston Red Sox at Fenway Park.

Not only did a certain Red Sox player hit a ball completely out of the park, New York’s starting pitcher Masahiro Tanaka yielded 12 earned runs in 3.2 innings of work.

It’s the first time in 96 years that a Yankees pitcher has yielded as many earned runs in a single start. The last pitcher to do it was Carl Mays back in 1923.

Tanaka ultimately yielded a total of seven runs in the first before being tagged with five more in the fourth.

This brought the veteran’s ERA to 4.79. He entered Thursday’s start with an ERA of 4.00 on the season. That’s a ridiculous jump for one start this late in the campaign.

That sound you hear is Yankees front office head honcho Brian Cashman calling up every team with an availalbe starter ahead of next week’s MLB trade deadline.