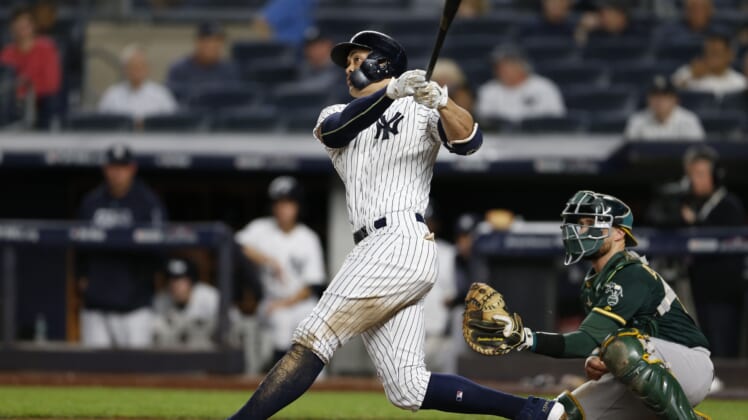 After being decimated by injuries in the first quarter of the MLB season, the New York Yankees are finally receiving positive news on the injury front.

All-Star outfielder Giancarlo Stanton, who has been sidelined since early April with a biceps strain, could begin a rehab assignment with High-A Tampa on Monday.

There was initially added concern about Stanton’s potential return when manager Aaron Boone couldn’t provide a timetable for Stanton’s availability earlier this week. Fortunately for Yankees fans, Boone delivered the news they were hoping for on Saturday.

Stanton played in just three games for New York before he went down with the injury. His eventual return to the lineup will provide an excellent boost for a club that leads the A.L. East with a 27-16 record despite a plethora of injuries.