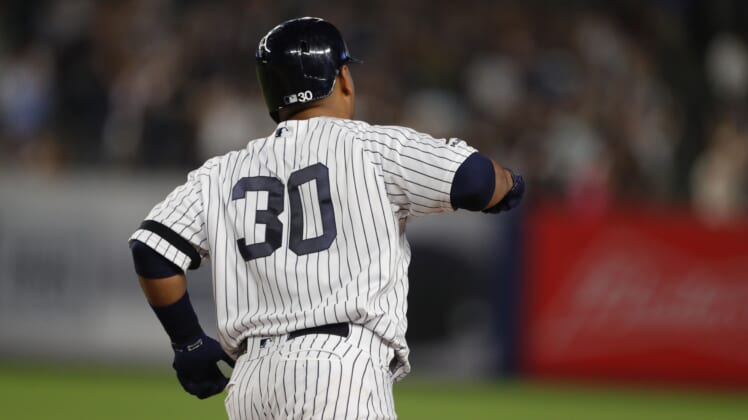 The New York Yankees lost one of their biggest power hitters during Game 1 of Saturday’s doubleheader against the Boston Red Sox.

Edwin Encarnacion left the game after being hit on the wrist. While an initial X-ray was negative, further testing showed that Encarnacion suffered a fracture in his right wrist. He was placed on the injured list shortly thereafter.

This is certainly some bad news for the first-place Yankees. The 36-year-old three-time All-Star is hitting .234 with 30 homers and 74 RBI on the season.

He was acquired in a trade with the Seattle Mariners earlier in the season.

It’s not yet known how long Encarnacion will be out, but this is not a short-term injury. That’s for sure.