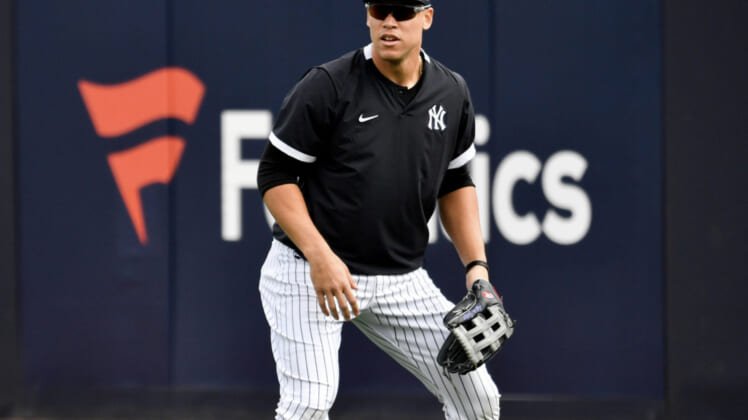 New York could also be without two middle-of-the-order bats for Opening Day. Injury-plagued outfielder Giancarlo Stanton is dealing with a calf strain that has cost him the past week-plus of Grapefruit League action. He’s unlikely to be available for the start of the season.

More recently, Yankees manager Aaron Boone noted that slugger Aaron Judge is dealing with a pectoral injury. Judge has not suited up in a game this spring and will have to undergo further tests.

This has now led to general manager Brian Cashman indicating that neither player is expected to be ready for Opening Day March 28 against the Baltimore Orioles.

New York saw several key players miss substantial action to injury during a 2019 campaign that culminated in 103 wins and the AL East title.

Needless to say, things are not going swimmingly in the Big Apple on this front with about three weeks to go until things start to matter on the diamond.