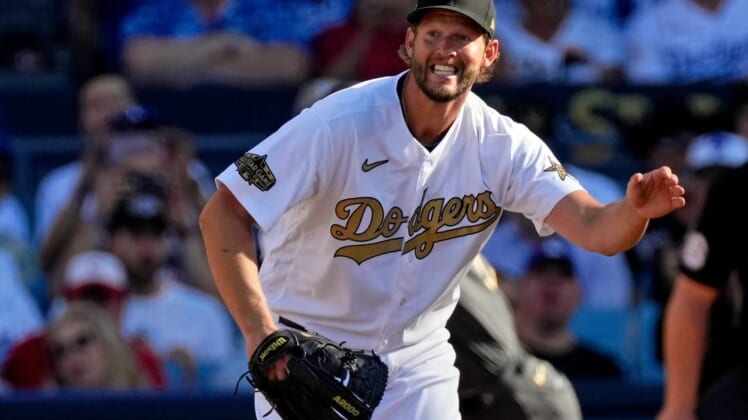 The New York Yankees and Los Angeles Dodgers are the betting favorites to win the World Series heading into the second half of the 2022 baseball season.

The Yankees (64-28) have the best record in baseball at the All-Star break while the Dodgers (60-30) are No. 2 in MLB and tops in the National League.

The Houston Astros, who open the second half with a doubleheader against the Yankees, run third followed by the New York Mets and defending champion Atlanta Braves across all three books.

Los Angeles Angels two-way star Shohei Ohtani and St. Louis Cardinals first baseman Paul Goldschmidt are the favorites to claim the Most Valuable Player award in their respective leagues on DraftKings and FanDuel.

Ohtani is -105 on FanDuel and -115 on DK to claim his second consecutive MVP award in the American League, with Yankees outfielder Aaron Judge lurking at both books. Ohtani has slugged 19 home runs and is 9-4 with a 2.38 ERA this season. He started the All-Star Game at designated hitter and led off but did not pitch.

Miami Marlins All-Star hurler Sandy Alcantara is favored to claim the National League Cy Young Award, coming in at -130 on FanDuel and -125 on DK. He went 9-4 with a 1.76 ERA before the break.

Tampa Bay’s Shane McClanahan is the narrow favorite for Cy Young in the AL. The All-Star starter for the AL is +210 on FanDuel and +205 on DK, just ahead of two-time Cy Young winner Justin Verlander of the Houston Astros. Verlander is +260 on both books.

Seattle Mariners phenom Julio Rodriguez is the overwhelming favorite for AL Rookie of the Year, sitting at -370 on both books, light years ahead of Houston shortstop Jeremy Pena.

Atlanta Braves right-hander Spencer Strider is a narrow favorite in the NL over teammate Michael Harris for ROY. Strider is +170 to Harris’ +200 on FanDuel, and +180 to +210 on DK.