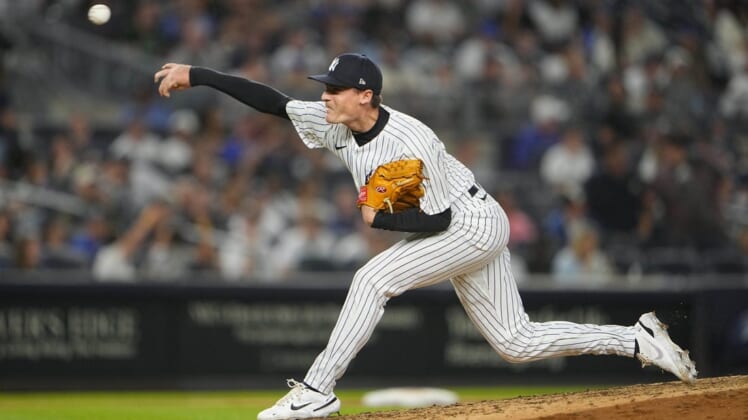 Marinaccio, a rookie, had been on the injured list since July 3 with right shoulder inflammation.

The veteran began his career with the Yankees in 2014 and since pitched for the Detroit Tigers, Atlanta Braves and Los Angeles Dodgers. He was an All-Star in 2019.

He appeared in one game with the Yankees, throwing one inning Saturday in a 6-3 loss to Baltimore. The Orioles picked up two insurance runs off Greene, who walked a batter, struck out one and gave up a two-run homer to Ramon Urias.

On Saturday, reliever Michael King was placed on the 60-day injured list Saturday with a fractured right elbow.