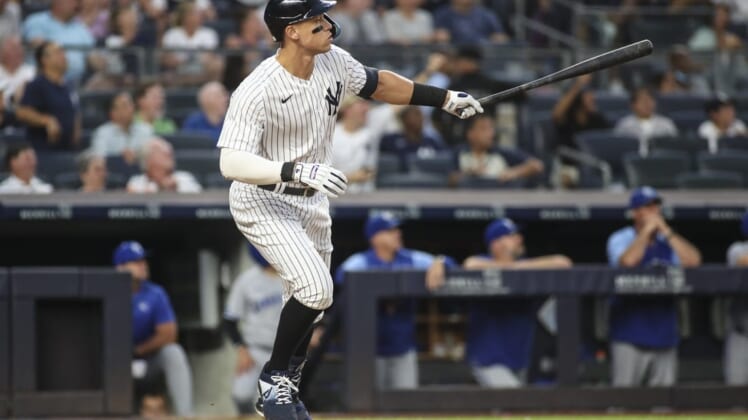 Aaron Judge belted his major-league-leading 40th home run of the season on Thursday, joining an exclusive club of New York Yankees who have reached that milestone by the end of July.

Judge hit a two-run shot against the Kansas City Royals’ Kris Bubic in the third inning at New York.

Only Babe Ruth, who had 41 homers before August in 1928, and Roger Maris, who had 40 by the end of July in 1961, previously accomplished the feat for the Yankees.

The record for home runs prior to August is 45, shared by the Oakland Athletics’ Mark McGwire (1998) and the San Francisco Giants’ Barry Bonds (2001).

Bonds was the fastest to the 40-homer mark, getting there in 89 games in 2001. Judge was playing in the Yankees’ 101 first game of the season.