Yankees 1B Greg Bird will have ankle surgery, miss 6-8 weeks 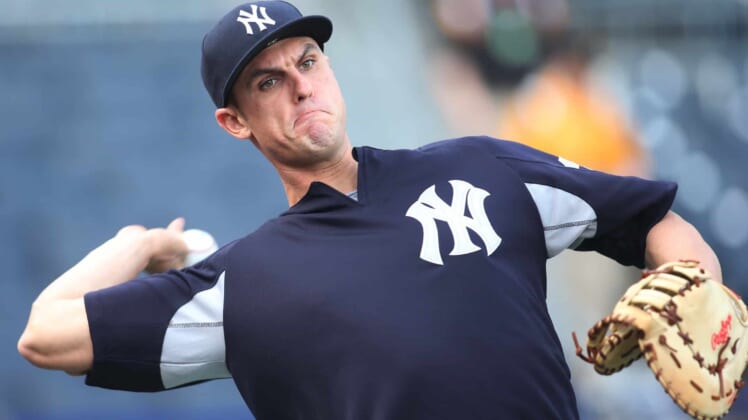 When the New York Yankees open their 2018 regular season on Thursday, they’ll do so without their starting first baseman. Greg Bird will undergo ankle surgery and as such, will miss the season’s first 6-8 weeks.

#Yankees announce Greg Bird will have surgery Tuesday to remove a bone spur from the outside of his right ankle. He’s expected to need 6-8 week rehab before returning to game action.

This is another setback for Bird, who was already having a rough spring training at the plate.

Look for Neil Walker and Tyler Austin to handle first base in the near future. If they struggle, don’t be surprised to see New York promote Miguel Andujar or Gleyber Torres, likely reshuffling the infield some in the process.