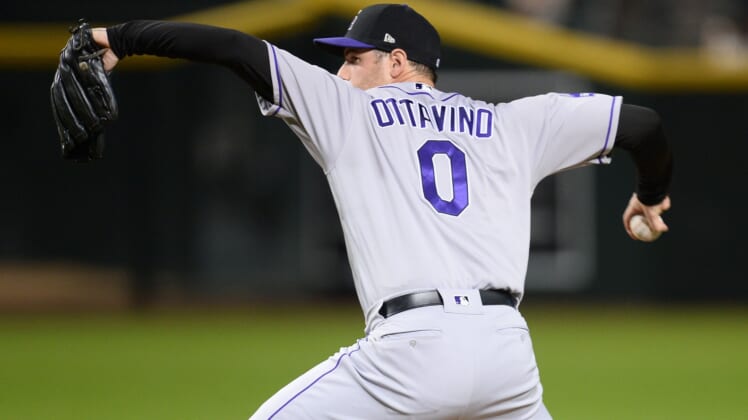 Could free agent Adam Ottavino strike Babe Ruth out? He seems to think so. But New York Yankees great David Cone is looking at this hypothetical matchup from a different angle.

Cone isn’t necesarilly denying that Ottavino would strike Ruth out. But the former Cy Young Award winner also thinks that Ruth, the pitcher, would strike Ottavino out.

Babe Ruth could probably strike out Ottavino too. Just saying

We never thought we’d see a rivalry brew between two men born more than 90 years apart. But here we are.

Cone does have a point.

Ruth did strike out 488 hitters in his short, yet highly acclaimed career as a pitcher. With that in mind, we’re pretty confident that Ruth would send Ottavino back to the dugout with a K.

We’re also really wishing that there was some way to settle this debate.