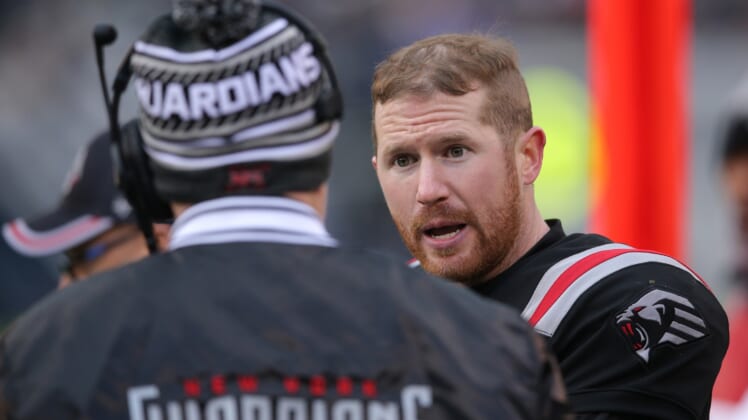 The New York Guardians went into halftime down 12-0 Saturday against the D.C. Defenders, and then Matt McGloin threw his coaches under the bus.

As he exited the field for halftime, McGloin was interviewed by Dianna Russini of ESPN and said “we need to change the whole entire game plan” in the second half.

Ironically, perhaps the best thing Guardians head coach Kevin Gilbride might be able to do for his team is bench McGloin. The former NFL backup had a brutal first half, completing just 5-of-14 passes for 32 yards with one putrid interception he never should have let go.

But sure, let’s blame it on the game plan.