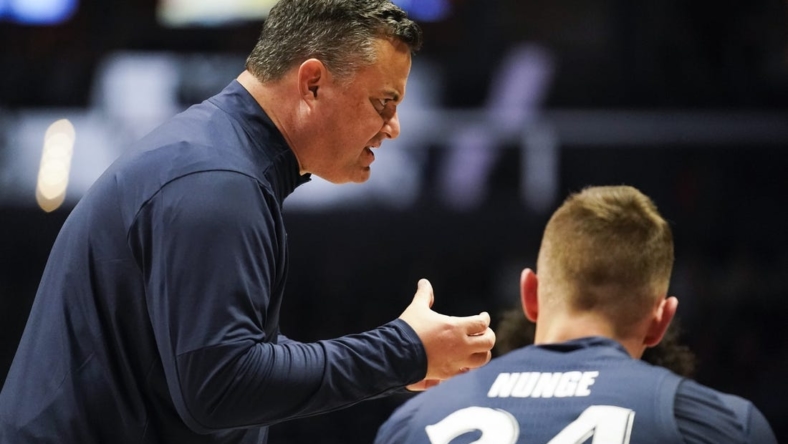 The Xavier Musketeers closed the first half on a 31-5 run to take command and never looked back in a 96-73 rout over the visiting Morgan State Bears Monday night in Cincinnati.

Xavier, coming off its second NIT championship in March, has won its last 33 season openers, including a perfect 23-0 home mark at Cintas Center.

The victory was the first for Sean Miller, who began his second stint with Xavier after spending five seasons at the helm from 2004-09, leading them to the NCAA tournament in his last four seasons before leaving for the University of Arizona.

Miller received an ovation after Xavier’s starters were introduced and received a “Miller Time” chant from the crowd at the final buzzer.

Souley Boum, a graduate transfer from UTEP, connected on 4-of-6 from 3-point range and led Xavier with 23 points. Jack Nunge added 16 while Colby Jones scored nine of his 15 points from the free throw line.

Morgan State was led by graduate student David McCullough, who scored 16 points on 6-of-9 shooting. Isaiah Burke also had 16 off the bench while Kamron Hobbs added 14 for the Bears, who were out rebounded, 47-29 and outscored 52-28 in the paint.

The Musketeers were sloppy to open the game, committing five turnovers in the first four minutes and 13 for the first half. Morgan State committed 12.

Jones, Xavier’s preseason All-Big East first team point guard, was aggressive getting to the basket early, converting 9-of-10 free throws as Xavier built an early 17-13 lead. But Morgan State went on an 8-2 run, taking their last lead on a Hobbs three with 10:24 left in the half.

Xavier responded with the next nine points to take the lead for good.

Fan favorite Adam Kunkel, a senior, entered the game to a standing ovation and made an immediate impact with a steal and drove the length of the court for a reverse layup.

That was followed by back-to-back 3-pointers by graduate student Boum as the Musketeers built their lead to 15, 38-23, with 3:52 left in the first half.

Xavier built the lead up to as many as 31 midway through the second half before an 8-0 Morgan State run. With 8:42 left, Miller subbed his Xavier starters back into the game for the next three minutes to quell any further Morgan State run.