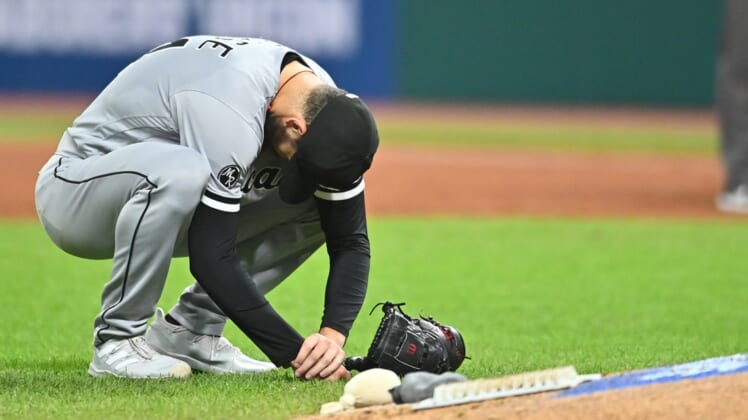 Chicago White Sox starter Dylan Cease avoided serious injury when he was struck on the right arm by a comebacker during Friday night’s win in Cleveland.

The team said X-rays were negative and that the 25-year-old right-hander has a bruised right triceps.

Cease left the game in the sixth inning after a one-hopper by Indians outfielder Bradley Zimmer drilled the back of his pitching arm.

“I wasn’t able to get out of the way,” Cease told reporters after Chicago’s 1-0 win. “It feels good now. I don’t anticipate on missing any time. I know I want to make at least one more start before the postseason. It could have been a lot worse.”

Cease (13-7, 3.95 ERA) earned the victory after allowing just three hits and striking out nine with no walks in 5 1/3 shutout innings.

The playoff-bound White Sox (87-67) continue their weekend series with the Indians (75-78) on Saturday night.