X-factors and predictions for each SEC basketball team

SEC basketball teams arguably comprised the best overall conference in college hoops last year. The league boasted two teams in the Final Four after landing only five in the tournament.

With November right around the corner, there is a cloud of uncertainty hovering over the conference. Basketball is hard enough to predict, and it’s even harder when two of the conference’s most relevant programs, Alabama and Auburn, are associated with a federal bribery investigation.

Assuming that all punishments have been dealt, here’s a look at what to expect from all 14 teams around the league this season.

Alabama is a team that has lived on the bubble the past two seasons. Head coach Avery Johnson will be looking to lead his team to its first NCAA tournament bid in six years after back-to-back NIT appearances. Alabama’s defense was its cornerstone last year, but the Tide’s leading scorer, Braxton Key averaged just 12.3 points per game. The addition of top-30 recruits Collin Sexton and John Petty should give Alabama the fire power it needs to reach the big dance. The young duo combined for an average of 25 points per game over the summer, with Sexton sitting out one of the three games. This type of guard play will be extremely beneficial to a team that ranked 27th nationally in total rebounds. 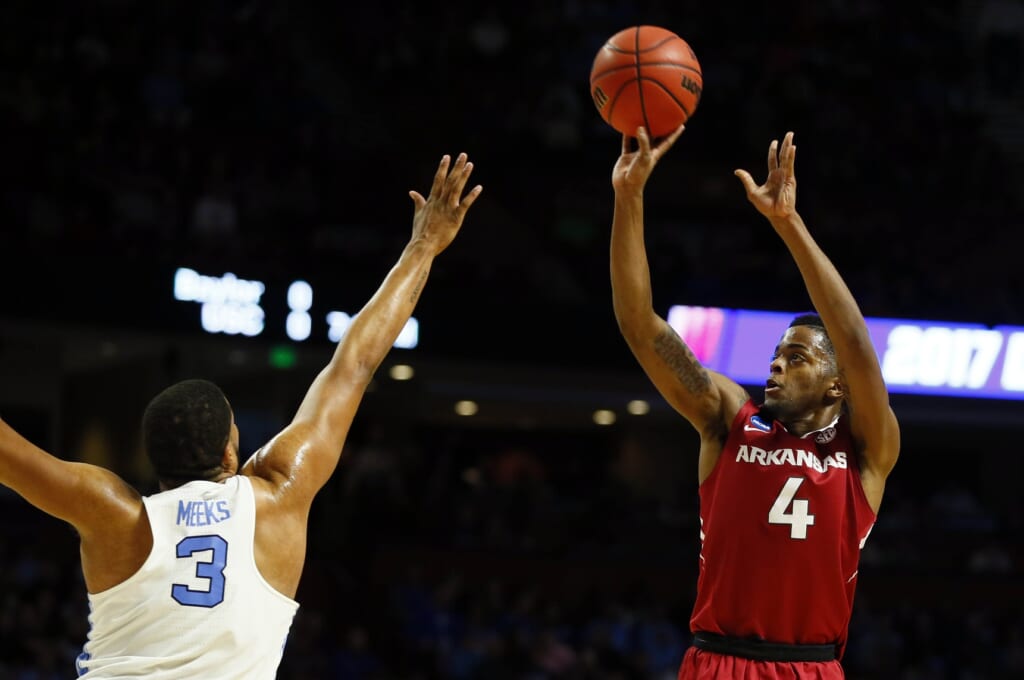 The Razorbacks have a very difficult task at hand; replacing their two best players from last season. Dusty Hannahs led the team in scoring by averaging 14.4 points per game and was extremely efficient from three-point land. Moses Kingsley was a force to be reckoned with on both sides of the ball, averaging 12 points per game and racking up 93 blocks on the year. While Kingsley could possibly be an irreplaceable presence down low, there is a guard who might be able to pick up slack left behind by Hannahs’ departure. Daryl Macon was second in scoring for the Hogs last season, and he made the same percentage of threes that Hannahs did (39 percent). It may be a down year for Arkansas, but the back court should be impressive with guards like Macon, Anton Beard, and Jaylen Barford handling the rock.

Call it a bold prediction if you will. The Tigers showcased one of the most explosive offenses in the league last year, with six players capable of scoring twenty plus points on any given night. Led in scoring by four freshman, Auburn has added to its depth by bringing in 4-star recruits Chuma Okeke and Davion Mitchell. Desean Murray, a transfer from Presbyterian College, should also be of great use. Although elite talent like Austin Wiley and Mustapha Heron brought excitement to the program, lackluster defense and inexperience led to Auburn’s elimination last season. The Tigers blew four double-digit leads throughout conference play. If they hold on to win those games, Bruce Pearl’s team finds themselves sitting on the bubble with at least an NIT appearance to look forward to. If Auburn’s able to tighten up their defense and not become complacent, then it will be able to hang with just about any team in the conference.

With key players like Chris Chiozza, John Egbunu and KeVaughn Allen returning, the Gators should be primed for another postseason run. Losing sharpshooter Canyon Barry doesn’t help the cause, but the Gators had to deal with a big loss last year. They made a run to the Final Four without their big man, Egbunu. Florida’s roster boasts five freshman this season. Given Coach Mike White’s track record, it shouldn’t be a problem. According to 247Sports, these underclassmen made up the 19th ranked recruiting class in 2017.  If the Gator’s young talent can provide the team with more depth, expect to see their name in a lot of people’s March Madness brackets. 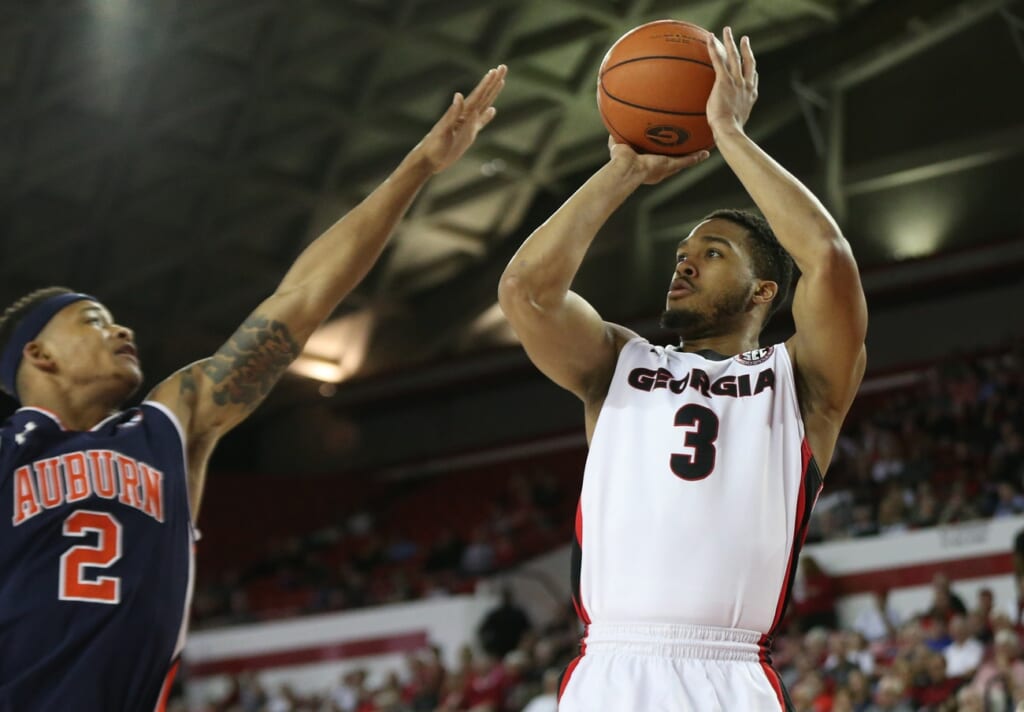 Yante Maten will more than likely lead the Bulldogs in scoring this year. After all, the 6-foot-8-inch forward averaged 18.2 points per game last year to help Georgia clinch a two-seed spot in the NIT. While the Dawgs are ready to score in the paint, there is a spot that needs to be filled at the point guard position. The departure of J.J. Frazier will take a toll on them this season. Frazier led his team in scoring the past two seasons with Maten following behind closely. For Georgia to have success in the conference, a guard will have step up and carry his load. That player could very well be Juwan Parker. A redshirt senior, Parker carries the experience, size and athleticism to play at a high level. He averaged 9.3 points and 5.3 rebounds per game last season. Mark Fox needs a breakthrough season this year, because fans are tired of being on the outside of the NCAA Tournament looking in. That will be very difficult to do without Frazier.

Of course, the one-and-done juggernaut is the favorite to win the conference once again. John Calipari has a knack for churning out NBA talent year after year. This year, one of those talents could be Hamidou Diallo. What sets Diallo apart from the other freshmen? Diallo was Kentucky’s first ever early enrollee last year as the 10th-ranked player coming out of high school. As he shared in an interview with the Herald-Leader, the team already views Diallo as a leader.

“I’m somewhat a freshman,” he said. “Then again, I’m not. I’m just happy in the position that I’m in: to lead these guys. Coach (John Calipari) has given me the leadership role. I feel like it’s really big. And I’ve taken it since Day One and just tried to become a better leader.”

With a year of practice already under his belt, he should be ready to take the reins alongside sophomore forward Wenyen Gabriel. Kentucky fans can only hope that Diallo will be as effective as Malik Monk was at the shooting guard position last year.

LSU fans have had to endure disappointing seasons over the past two years. It’s never good when your team produces the number one overall draft pick but misses the NCAA Tournament. It’s even worse when it goes 2-16 in the conference the following year. The athletic department decided to make a coaching change over the offseason and hired Will Wade, former VCU head coach. Wade has proven himself, taking his team to the big dance for the past two seasons. Fans shouldn’t expect a turnaround overnight, but Wade should have the Tigers moving in the right direction. 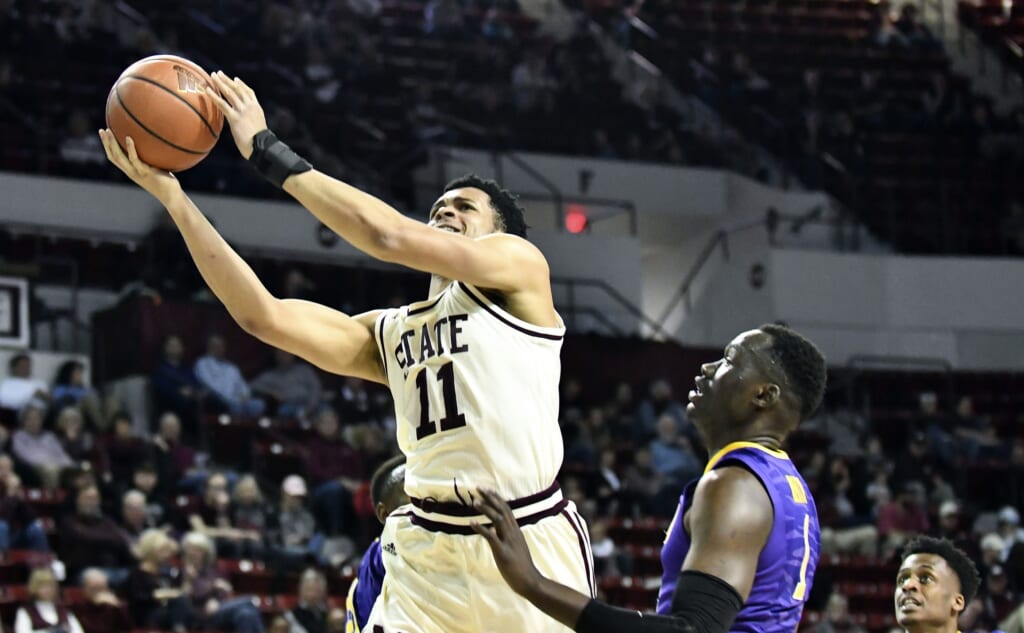 Mississippi State would love to put an asterisk beside its 2016-17 record. The Bulldogs lost their star player, Quinndary Weatherspoon, early on in the season. In only four games, Weatherspoon averaged 18.8 points per game and 5 rebounds per game. This year the Bulldogs will also have Weatherspoon’s little brother, Nick, who was the No. 4 point guard coming out of high school according to 247Sports. The brothers won two Mississippi state titles together. Given State was without the big brother last season, the outcome of their season is very unpredictable. Win or lose, expect big things from the Weatherspoons this year.

Cuonzo Martin has already transformed the image of Mizzou’s basketball program in just a little over six months. By hiring Michael Porter Sr. as an assistant this summer, Martin also picked up Porter’s sons, Michael Porter Jr. and Jontay Porter. After the Porter brothers committed, more elite recruits followed. The Tigers reeled in the no. 4 recruiting class in the nation according to 247Sports. That’s incredible for a team with a record of 8-46 in SEC play over the last three season. The Porter brothers will be teaming up with another 5-star prospect in Jeremiah Tilmon. These young talents will be accompanied by all three of the Tigers’ top scorers, Jordan Barnett, Kevin Puryear and Terrence Phillips, in Columbia. Time will tell if Martin is able to get these players to mesh. Either way, Missouri fans should expect a tremendous turnaround from the Tigers.

The people of Oxford will be missing Sebastian Saiz a lot this season. The big man averaged a double-double with 15.1 points and 11.4 rebounds per game. He also played 1200 minutes for the Rebels, 210 more than the next highest man on the roster, Deadre Burnett. Burnett led the team in scoring with 16.5 points per game. He will need one of his bigs to step up and fill the void left by Saiz. The call goes out to senior forwards Justas Furmanavicius and Marcanvis Hymon. Each put up average numbers last year, with Furmanavicius scoring 6.3 points per game and Hymon managing 3.5. Both players averaged 5 rebounds a game. If Hotty Toddy wants to find itself in the postseason conversation, then one of these players will have to step up on the offensive side of the ball. 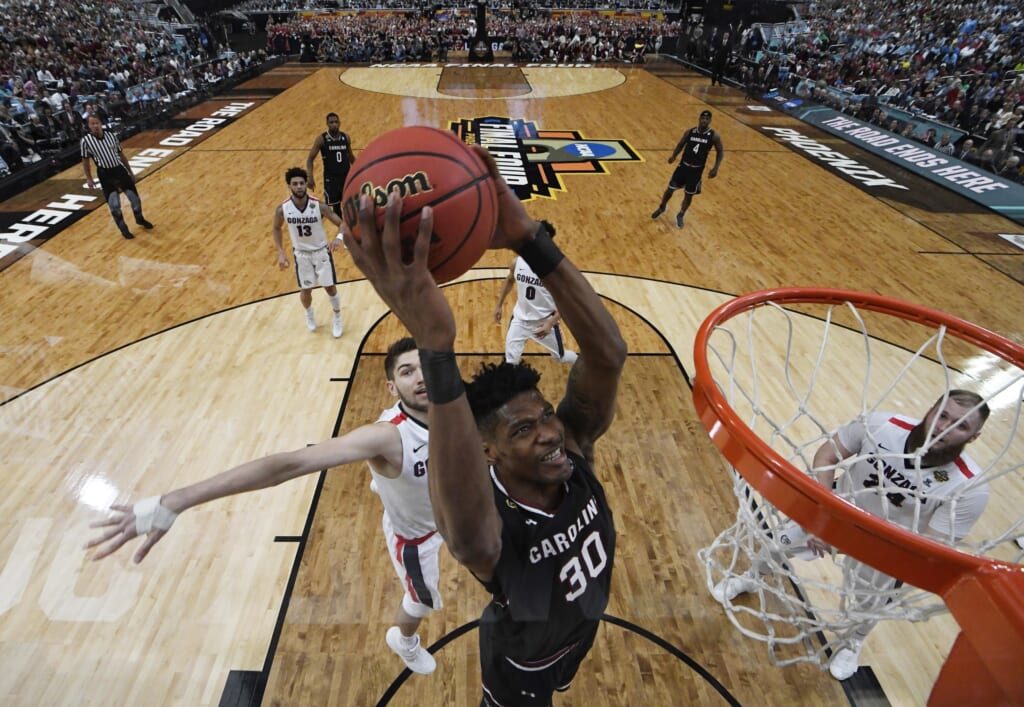 The 2016-17 season will be a hard one for Frank Martin’s team to follow up. However, don’t count the man out. After all, he led South Carolina to its first Final Four in program history. The losses of top three scorers Sindarius Thornwell, P.J. Dozier, and Duane Notice don’t bode well for the Gamecocks, but next in line are Chris Silva and Maik Kotsar. Silva, a 6-foot-9 junior, and Kotsar, a 6-foot-10 sophomore, each showed flashes of promise last season, and present and edge in the paint for South Carolina. Silva, who averaged 9.8 points and 5.7 rebounds per game last season, has the potential to become a double-double machine. After playing valuable minutes deep into March, expect the duo to lead their team back to the postseason.

Most Tennessee fans are eager for football season to be over. However, Rick Barnes’ team may be in for another rough year in SEC play. The Vols finished 8-10 in conference last season. With the departure of leading scorer, Robert Hubbs III, it will be an uphill battle for Tennessee. The Vols are undersized, with 10-of-16 players being 6-foot-5 or shorter, and only shot 33 percent from behind the arc last season. Those numbers will need to improve for Tennessee to be considered a threat. With a roster that has only one senior, Vols fans should be optimistic while looking for improvement towards the future.

Texas A&M is the only team in the conference that returns all five of its leading scorers. No other SEC team will have an advantage over the Aggies on the glass. Last season, Robert Williams burst onto the scene as a freshman, averaging 11.9 points and 8.2 rebounds per game. Expect the sophomore to be much improved this season. Williams could be one of the most well-rounded players the conference has to offer, and averaging a double-double on the year could punch his ticket to the NBA Draft. With players like Tyler Davis, Admon Gilder and D.J. Hogg, the Aggies should be able to clinch an NIT bid comfortably, if not a lower seed in the big dance.

Guard play shouldn’t be a problem for the Commodores, but they’ll be trying to fill a void left by the 7-foot-1 Luke Kornet. Kornet wasn’t the typical center, as he could shoot it from anywhere on the floor. Now that Kornet is a New York Knick, the team is in the hands of two experienced sharpshooters, Matthew Fisher-Davis and Riley LaChance. The duo might as well be dubbed the Splash Brothers of the SEC. Fisher-Davis shot 37 percent from behind the three-point line last season, while LaChance knocked down 49 percent. Given its shooting ability, Vandy should be able to find success even if it is unable to establish itself under the basket.