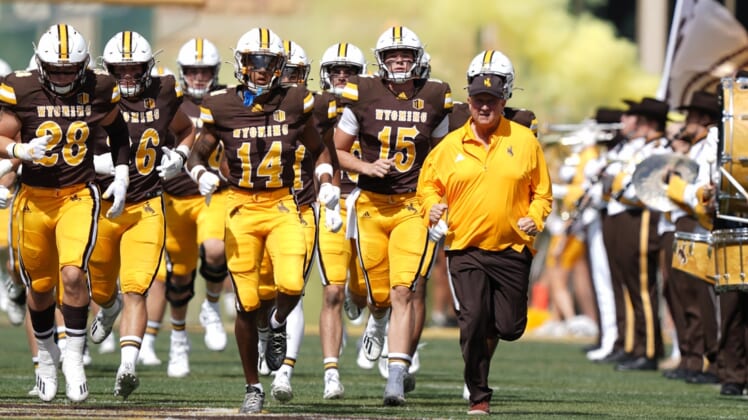 All Wyoming football coach Craig Bohl wants for Christmas is a quarterback, apparently.

On Friday, the team’s official Twitter account spread a message from Bohl that said he is inviting quarterbacks in the transfer portal and from junior colleges to take a look at the Cowboys. He fared pretty well with a junior college transfer six years ago when he brought in Josh Allen — now of the Buffalo Bills — and is looking to strike again.

“The college football landscape is changing with the one-time transfer rule and NIL. Our staff anticipated this movement and have a clear vision to navigate these uncharted waters. After a successful early signing day, Cowboy Football will address the need to sign a quarterback via the transfer portal or junior college,” wrote Bohl, who just completed his eighth season with the program.

“We believe this is a great opportunity for a transfer quarterback to come in and make an impact on our program. We’ve seen that before when we brought Josh Allen into our program, and we’re excited for the next chapter of Cowboy Football. Go Pokes!”

Since Wyoming defeated Kent State 52-38 in the Famous Idaho Potato Bowl on Tuesday, the two quarterbacks who shared duties in 2021 — sophomore Levi Williams and junior Sean Chambers — entered the transfer portal. In all, seven players have entered the portal since the end of the regular season — six of them since the bowl game.

Williams accounted for 327 yards of total offense and was named Potato Bowl MVP as he ran for four touchdowns and threw for another.