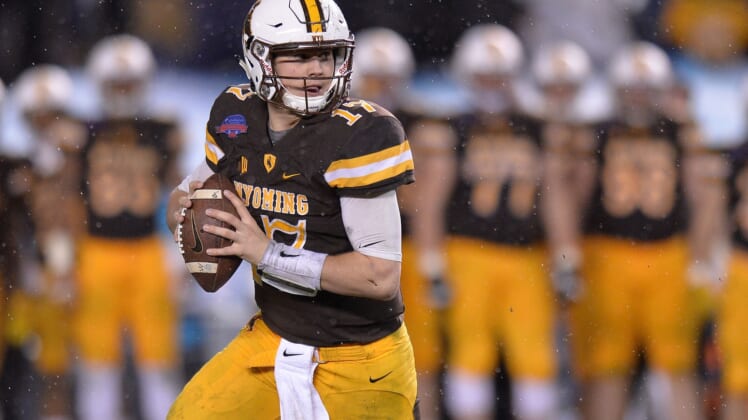 One day before the 2018 NFL Draft, a bunch of old tweets emerged from the account of potential top pick Josh Allen, some of which were seen as racist. They all predated his time at Wyoming and were posted when he was a youngster in high school, and Allen has since apologized for them.

His head coach at Wyoming, Craig Bohl, has since come out to defend his former player in a statement released on Thursday ahead of the draft.

“I known Josh has apologized for the Twitter comments he made while in high school,” Bohl said, per Barrett Sallee of CBS Sports. “As a member of our football team, he had great relationships with his teammates and our fanbase. During his time at Wyoming, he embraced diversity. We wish him all the best on his big night.”

Allen spent the past three years at Wyoming after spending one season at Reedly Community College. He’s hardly the first player to have his youthful social media indiscretions dragged into the light like this, and many NFL insiders believe the old tweets were dug up by a team that hoped they might cause the player to drop to it in the draft.