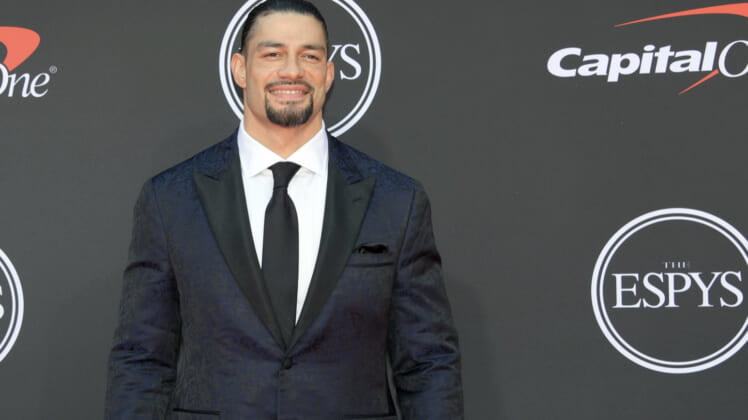 Bray Wyatt and Daniel Bryan’s feud is the hottest and most intriguing thing happening on Smackdown at the moment, and one of the promotion’s most-compelling storylines overall.

Expect to see another layer added on Friday when the blue brand takes over FOX for two hours once again.

The Fiend and Daniel Bryan have our attention

Bray Wyatt introduced his custom Universal Heavyweight championship belt. It’s a major departure from what we’re used to seeing from a WWE title belt, but it’s a perfect fit for his dark character.

If you have any questions about how successful and potentially lucrative The Fiend persona has been for WWE, consider this: the belt retails for $6,499 on WWE.com.

Bryan has seemingly chosen to take the other end of the heel/face spectrum in this feud with The Fiend, at least for now. The “Yes” Movement was rekindled briefly before The Fiend showed up through the ring canvas and slapped the Mandible Claw on Bryan and dragged him out of sight.

He also looked to give Bryan a pre-historic haircut as he held him under the ring. The Fiend dropped the dislodged shards of Bryan’s hair on the canvas as Smackdown went off the air.

It was a decent twist on the somewhat tired demon-emerges-through-the-ring-floor spot. The scene caught fans’ attention and did its job by adding intrigue to the end of the show while building expectations for this week’s episode.

Wyatt has put “The Fiend” character over in a major way with professional wrestling fans, and it’s a good bet he will close out every episode of Smackdown in the foreseeable future.

I love Roman Reigns and appreciate Corbin’s improving heel persona, but these two need to be separated. Last week their program opened the show and Reigns worked an excellent match with the underutilized Robert Roode, who is being used as a foot soldier by Corbin. The match was physical and put Reigns over as a super babyface.

I’m all for that as WWE tries to carefully rebuild Reigns in a way that doesn’t turn the fans against The Big Dog again. However, if he stays feuding with Corbin into 2020, creative will have allowed him to become stagnant.

The Celtic Warrior made his on-screen return last week with a poised and pointed promo. We’re waiting for him to make his presence felt in action after missing several months with an injury.

This week’s episode could be a perfect spot for him to get physical for the first time in a while. Who will he feud with upon his physical return? I’m interested.

The versatility The New Day possesses is impressive. Last week, Kofi Kingston and Big E issued an open challenge and it was accepted by Shinsuke Nakamura (accompanied by Sami Zayn) and Cesaro. Their match was great, and New Day further established themselves as pillars of the tag-team division.

Will we see another open challenge this week, or did last week’s match ignite a feud between New Day and Cesaro and Shinsuke? I hope not, and I’ll explain that take below.

Bayley and Sasha Banks attempted to berate the women of Smackdown on last week’s episode, but Lacey Evans showed up to confront them. After a brief exchange, she dropped Sasha with a Woman’s Right and triumphantly left the ring.

It was a strange sequence for a heel, and it was also odd Bayley didn’t make the encounter a 2-on-1 brawl. Something tells me change is amiss, and Evans did seem to have some newfound crowd support.

Stay tuned for what might be a face turn on Friday.

Is Ali moving toward an IC title program?

Mustapha Ali is getting another well-deserved push, but he needs to be placed in a match of significance. As a matter of fact, putting him on a path toward the Intercontinental Championship is in order.

Shinsuke currently holds that title, which is why I don’t want to see him and Cesaro enter into a feud with The New Day–unless he’s dropping the title ahead of time.

Let’s see Ali involved in an angle that includes a title rather than having a meaningless match against the likes of Drew Gulak. That bout might as well had been on 205 Live where it could have been better appreciated.

Check back this time next week for another recap and preview of next week’s show.