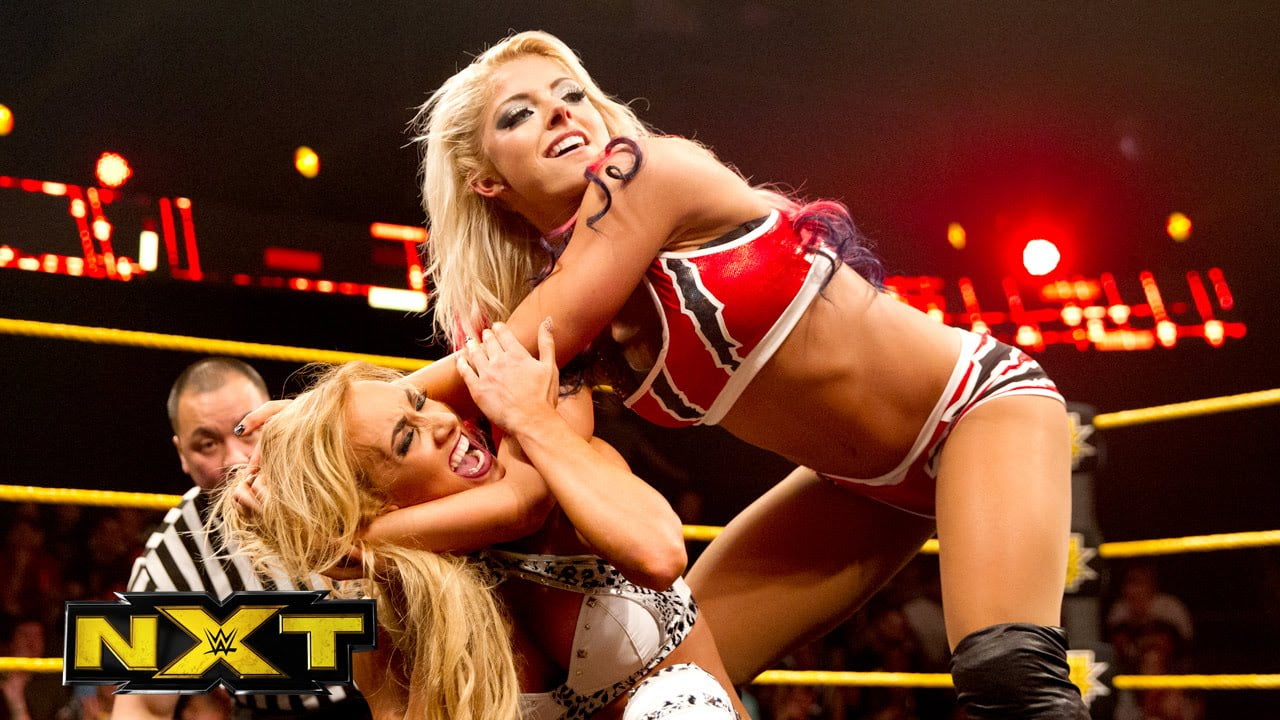 The WWE Draft went down on the first episode of Smackdown Live. The resulting picks of seven NXT talents with the six NXT picks allotted to the GMs brings up some hard working talent through well-deserved promotions.

These six picks were spread between Raw and Smackdown in a two-to-four split with a superstar and a woman moving to Monday nights and a pair of women — a tag team and a superstar heading to Tuesday nights.

The three women selected were brought up to fill out a women’s division that needed bolstering with the brand split. But they were also all deserving of the call ups. They should play pivotal roles in their new brands and should allow for more interesting storylines.

Of the four men called up, they consisted of a tag team, a guy who profiles well as a solid mid-carder and a true superstar in the making. The WWE Draft was a great event for these talents and should only be the start of their budding careers.

Originally the valet for the tag team of Enzo Amore and Colin Cassidy, Carmella has been working hard to improve her actual wrestling skills over the past few months. The fact that she is getting called up so soon is a testament to her hard work to get comparable mic skills and in-ring skills to the Certified G and Big Cass.

“The Princess of Staten Island,” as she likes to call herself, is a submission artist who fights with the kind of tenacity that you’d expect to come from a girl from Staten Island — tenacity that will be needed because of just how small she is.

It makes it tough for some moves to come across as believable unless she’s going against the Sasha Banks and Dana Brooke-sized women on the roster.

Hopefully, her wrestling prowess has improved enough to where people can watch her matches and see the same kind of talent that Becky Lynch and the other women who were called up recently from NXT possess. Otherwise, her worst-case scenario will be heading back to Enzo and Cass to be their valet, yet again.

Projection: Long-term mid-card wrestler with a shot at the women’s title before her career ends.

You hear it come through the speakers, “I DON’T GET HYPED! I STAAYYYY HYPED!!!” And then you see this guy who looks like he should be playing linebacker or defensive end for a football team acting like a true goon, all excited to be on the stage and ready to go for his match. That’s Mojo Rawley to a tee.

As a former NFL football player on the depth charts for the Green Bay Packers and Arizona Cardinals, Mojo has shown that he’s a talented athlete for his size.

And for what he lacks in in-ring talent, he can make up for it on the mic. He’s gotten better in the ring as a pure mauler and because guys his size aren’t really all that technical to begin with he can get away with it.

However, this pick could have been made with the idea that the Hype Bros, a tag team consisting of Rawley and Zach Ryder, will be getting a push as a potential Smackdown-only tag team champion. A tag team champion that could be getting some visits from Mojo’s good friend Rob Gronkowski.

Projection: Mid-carder who gets some fun storylines in there, but never gets a belt.

A former fitness model, Alexa Bliss debuted as a bubbly baby face that just loved everyone, and it was just kind of sickening to see, honestly. She was so bubble gum that it just wasn’t interesting. And characters have to be interesting in order to be watchable. So she did what every failed face in the WWE does, she turned heel.

She developed an alliance with Wesley Blake and Buddy Murphy. And because of that, she actually became likable on screen. Well… as likable as a villain can be.

And because of that, Alexa shined as a true heel. And there aren’t enough of those in the women’s division. You have Charlotte and Dana Brooke. And then who else? Alexa as a true heel works well and will be her claim to fame on the blue brand. The only thing that might hold her back is average ring work.

Projection: Will challenge for the Women’s title, and may even win it as a heel who holds onto it through dirty tactics.

Nia Jax is a great wrestler and a pure villain for the women’s division. She’s dominant, but mainly because she’s the female equivalent of The Big Show. Very few women out there are 6-foot and as strong as she is. Within the division, there are very few women that should be able to take her down without cutting out her legs.

She has all of the tools to become the next great monster in the women’s division in the WWE, similar to what Awesome Kong was going to become. The difference here is that the WWE is going to try and make it work as much as possible because Jax comes from one of wrestling’s biggest and best families: The Anoa’is. Meaning the Rock, the Usos and Roman Reigns are her cousins.

The question with Nia will come from her mic work. She’s still a bit raw there, but at 32 years old, the WWE needed to get her called up as soon as possible. Her worst case is that she can always have a friend in someone like Eva Marie help her on the mic until she really develops there. Otherwise, it’s only looking up for Ms. Jax.

Projection: Future women’s champion with the potential to headline some pay per views while holding the title.

When Chad Gable first got to NXT, Jason Jordan had just broken up with his tag team partner Tye Dillinger, and his NXT prospects weren’t looking good at all. Jordan was feeling like he was on the verge of something special before Dillinger and he fell apart. So Jordan went out on a search for a top tag team partner and wound up in a hilarious storyline with Chad Gable.

Jordan and Gable went on a run of success playing off of each other’s strengths as great technical wrestlers that led them to the NXT tag team championship. They change their name to American Alpha at one point in reference to their amateur pasts as some of the best wrestlers at that level. Gable is a former Olympic-level wrestler while Jordan wrestled in college.

They are one of the best teams in all of WWE even as a fresh call up. They should be able to challenge the tag teams on Smackdown and be in competition for a Smackdown tag team title of sorts. The Usos, the Ascension, the Vaudevillains and the Hype Bros should all provide great foils to what will become the new top tag team on the blue brand.

Projection: Future Tag Team champions with the star power to main event a pay per view or two while holding them.

The best talent coming up from NXT is the man who will one day be WWE Champion. Finn Balor has a main event feel to him similar to that of CM Punk, Seth Rollins and Bret Hart. He can be a good guy. He can be a bad guy. He can be THE guy. More than that, he’s got a unique storyline to him.

Most of his matches, Finn will wrestle just as Finn Balor. The technical ace who can beat people with his prowess in the ring. But sometimes, he has to call on something bigger than himself. In the matches that truly need it, Finn has to call upon the demon. The demon within himself that he needs to harness to win against guys like Kevin Owens and Samoa Joe.

It gives him a chance to have fun costumes as part of the demon persona too. Like Jack the Ripper from his London get-up as you can see above or the comic book characters he would transform into while he was in Japan. The former NXT champion will be an exceptional main event talent once he is given the chance on Raw and was called up at exactly the right time to make an impact.

Projection: Future WWE champion with potential to be the face of the company at some point.