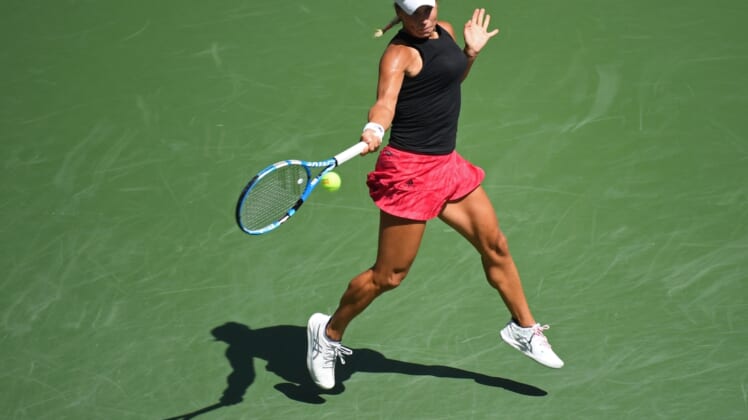 Top seed Yulia Putintseva of Kazakhstan cruised past Anhelina Kalinina of the Ukraine 6-4, 6-0 on Sunday to win the Hungarian Grand Prix in Budapest.

Putintseva, 26, also converted five of eight break opportunities in claiming her first title of the year and second overall.

No. 2 seed Barbora Krejcikova made short work of fellow Czech and No. 8 seed Tereza Martincova, beating her 6-2, 6-0 to win the title in the Czech Republic.

Krejcikova, who never lost a set this week, won the match in just one hour, five minutes to draw even at 2-2 in her career against Martincova.

Krejcikova, 25, faced just four break points in the match, stifling each of them. It was the third title of the season for the French Open champion.

After losing the first set, Zidansek fell behind by a break in the second before rallying to win it in a tiebreak.

It’s the maiden WTA title for Zidansek, 23, who lost in two previous finals.