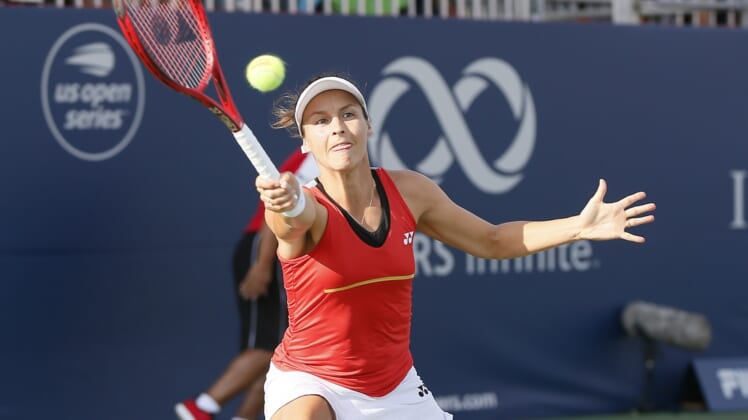 Qualifiers Laura Pigossi of Brazil and Tatjana Maria of Germany will battle for the championship of the Copa Colsanitas after each won her semifinal match Saturday in Bogota, Colombia.

Pigossi, ranked 212th in the world, got past top-seeded Camila Osorio of Colombia 7-5, 7-6 (2). Osorio, the defending champion, struggled through back and leg injuries that left her serving underhanded, but she kept going in front of her home-country fans.

Maria, ranked No. 237 after missing time last year due to the birth of her second child, beat Russia’s Kamilla Rakhimova 6-2, 6-2. Maria won her only previous WTA Tour championship match while Ligossi has never been to a title match.

The Bogota final will be the first ever on the WTA Tour featuring two players ranked higher than No. 200. The last time two qualifiers squared off in a final came at Lyon, France, last year, when Denmark’s Clara Tauson beat Switzerland’s Viktorija Golubic.

Fourth-seeded Ons Jabeur of Tunisia trailed late in the third set before pulling out a 2-6, 6-1, 6-4 win over the United States’ Amanda Anisimova in the semifinals at Charleston, S.C.

Anisimova was up a break and leading 4-3 in the final set before Jabeur captured the final three games, breaking serve twice.

Jabeur’s only WTA Tour championship came last summer at Birmingham, England. Bencic is looking for her sixth career title, a list that includes the gold medal at the Tokyo Olympics last year.