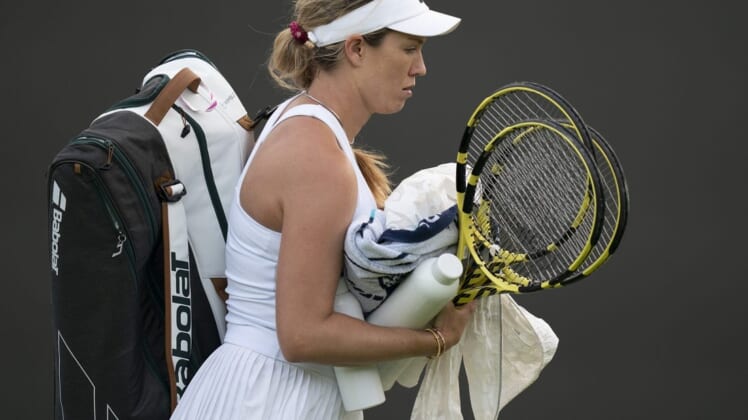 In a match that lasted three hours and one minute, Waltert saved 14 of 19 break points while Collins saved 11 of 17. Collins blew a 6-3 lead in the third-set tiebreak, as Waltert saved three straight match points and wound up winning the final five points of the match.

Second seed Belinda Bencic, searching for her first win in her home country, came back to beat Diane Parry of France 3-6, 6-3, 6-1. No. 3 seed Irina-Camelia Begu of Romania, No. 6 seed Caroline Garcia of France, Erika Andreeva of Russia, Cristina Bucsa of Spain and Olga Danilovic of Serbia were also winners.

No. 2 seed Martina Trevisan of Italy dropped her first set before charging back for a 2-6, 6-2, 6-0 win over Hungary’s Natalia Szabanin in the first round in Budapest.

Other winners included No. 3 seed Yulia Putintseva of Kazakhstan, No. 9 seed Anna Bondar of Hungary, Laura Pigossi of Brazil, Ana Bogdan of Romania, Despina Papamichail of Greece, Elisabetta Cocciaretto of Italy and Aleksandra Krunic of Serbia.