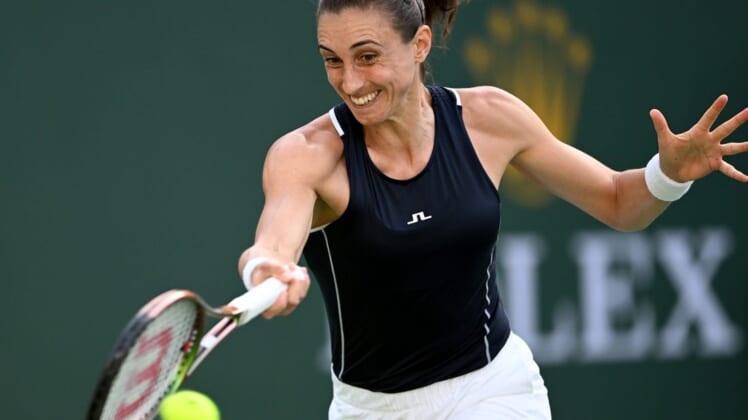 Serbia’s Olga Danilovic and Croatia’s Petra Martic will both attempt to end long title droughts when they meet in Sunday’s final of the Ladies Open Lausanne in Switzerland.

Martic, also unseeded, converted three of four break chances and outlasted No. 6 seed Caroline Garcia of France 6-4, 1-6, 6-3 in the other clay-court semifinal. Martic is looking for her first championship since winning her maiden WTA Tour title at the Istanbul Cup in April 2019.

Unseeded Serbian Aleksandra Krunic crushed No. 3 seed Yulia Putintseva of Kazakhstan 6-2, 6-2 to advance to the finals in Budapest.

Krunic saved all seven break points she faced and broke Putintseva’s serve four times — her first two service games of the match and her last two. Krunic is looking for her second title, having own the Netherlands’ Rosmalen Open in June 2018.

Her opponent in Sunday’s clay-court final is American Bernarda Pera, who eliminated Hungarian hopeful and No. 9 seed Anna Bondar 6-3, 6-4. Pera had a dozen break points against Bondar, converting five, and will be seeking her maiden WTA Tour singles title.