WTA roundup: Petra Kvitova retires in first round at Charleston 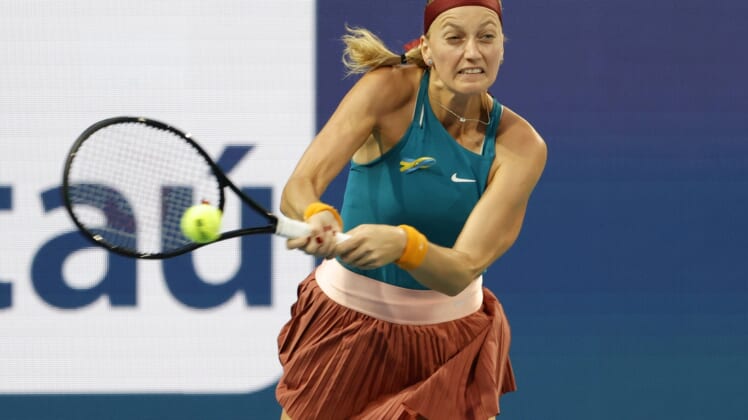 Magdalena Frech of Poland advanced Monday at the Credit One Charleston Open in Charleston, S.C., when No. 11 seed Petra Kvitova of the Czech Republic retired during the second set of their first-round match.

Frech led 7-6 (6), 3-2 when the two-time Wimbledon champ retired, reportedly due to a thigh issue. Frech led the first-set tiebreaker 6-2 but lost four straight set points, as Kvitova tied it 6-6 before the Pole finished the job.

Two more matches were scheduled for Monday evening, pitting Shelby Rogers of the U.S. against Kaia Kanepi of Estonia and Xinyu Wang of China against Irina-Camelia Begu of Romania.

Defending champion Veronika Kudermetova of Russia withdrew before the tournament began due to illness.

Laura Pigossi of Brazil upset fifth-seeded Harmony Tan of France 6-4, 6-3 in the first round at Bogota, Colombia.