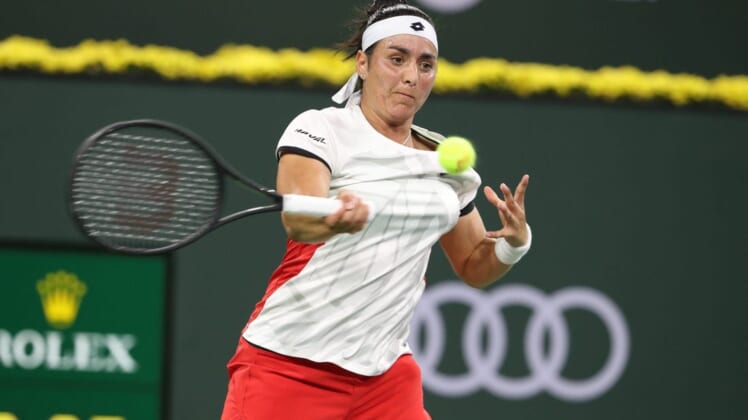 Top-seeded Ons Jabeur of Tunisia will face No. 8 seed Belinda Bencic of Switzerland in Sunday’s final at the bett1open in Berlin.

Bencic, who lost to Liudmila Samsonova of Russia in last year’s Berlin final, is seeking her second career grass-court title (Eastbourne in 2015).

Jabeur defeated No. 7 seed Coco Gauff 7-6 (4), 6-2 in one hour and 17 minutes in Saturday’s second semifinal. Jabeur is looking for her third WTA title and her second on grass (Birmingham in 2021).

Action was canceled due to persistent rainfall in Birmingham, England. The semifinals will resume Sunday with No. 2 seed Simona Halep of Romania facing Brazil’s Beatriz Haddad Maia, and No. 6 seed Sorana Cirstea of Romania taking on No. 8 Shuai Zhang of China.