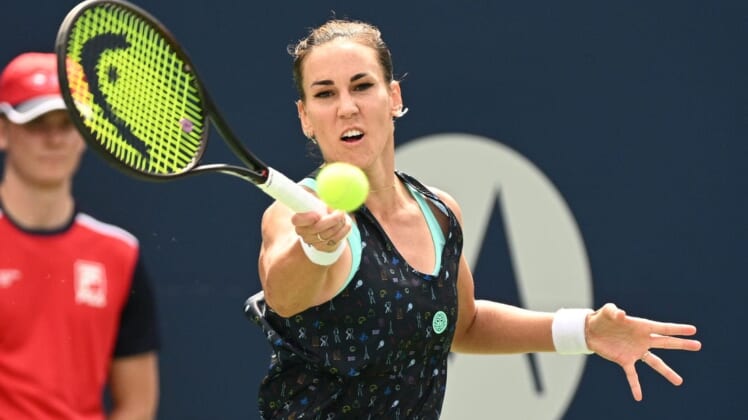 Fifth seed Nuria Parrizas Diaz of Spain saved 13 of 15 break points in a 6-2, 6-4 win over Harriet Dart of Great Britain on Tuesday in the round of 16 of the Championnats Banque Nationale de Granby in Granby, Quebec.

Parrizas Diaz also converted 5 of 11 break points to cruise to victory. She peaked late in the first set, winning four straight games after Dart had tied things 2-2. Neither player tallied an ace in the match.

One more match is scheduled for the evening, where No. 1 seed Daria Kasatkina of Russia is set to take on Poland’s Magdalena Frech.

Tennis in the Land

Belarusian seventh seed Aliaksandra Sasnovich battled back from a first-set loss to edge Spain’s Sara Sorribes Tormo 4-6, 6-3, 6-3 in a Round of 16 match in Cleveland.

Sasnovich recorded the only three aces in the match and converted 7 of 9 break points to avoid the upset. Sorribes Tormo held advantages in points won on the second serve (52.6 percent to 37.5 percent) and second return points won (62.5 percent to 47.4 percent).

Sorana Cirstea of Romania is slated to face Magda Linette of Poland in Tuesday’s nightcap.