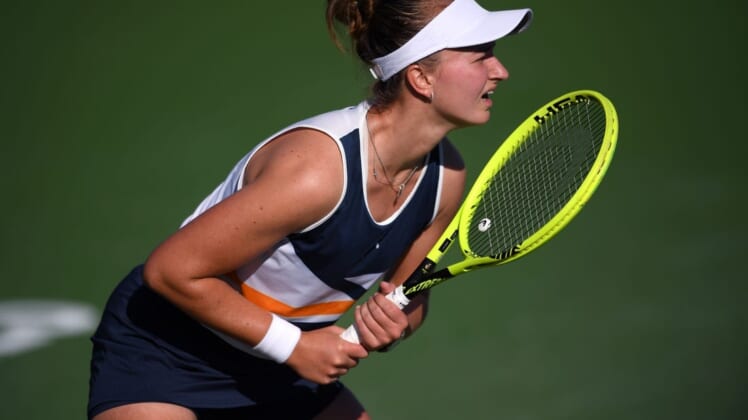 Anastasia Potapova of Russia cruised past third seed Barbora Krejcikova of the Czech Republic 6-1, 6-3 Thursday to advance to the semifinals of the Hamburg European Open in Germany.

Potapova will have another tall task in the next round in the form of No. 1 seed Anett Kontaveit of Estonia. Kontaveit led her quarterfinal match 6-0, 2-0 when eighth-seeded opponent Andrea Petkovic of Germany retired with an undisclosed injury.

In the other half of the bracket, No. 7 seed Maryna Zanevska of Belgium will square off with unseeded American Bernarda Pera in the other semifinal. Zanevska took down fourth seed Aliaksandra Sasnovich of Belarus 6-4, 7-5 Thursday by serving six aces and going 7-for-7 in break points converted.

Diane Parry of France upset No. 2 seed Yulia Putintseva of Kazakhstan 6-3, 6-4 to reach the quarterfinals in Italy.

Come the quarterfinals, Garcia will face an Italian opponent for the second straight round. Lucia Bronzetti defeated Russia’s Elina Avanesyan 6-1, 6-3, and is one of two Italians left standing in the tournament.