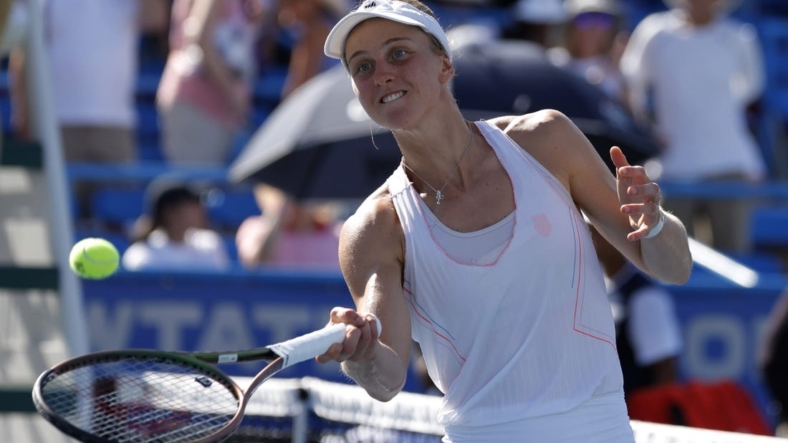 Liudmila Samsonova won 80.8 percent of her first-serve points while notching a convincing 6-1, 6-3 victory over seventh-seeded Aliaksandra Sasnovich on Saturday to win the Tennis at the Land final in Cleveland.

It was the second straight title for Samsonova, who has won 10 consecutive matches. The Russian also won at Washington D.C. earlier this month and Saturday’s triumph represents her third career WTA title.

Sasnovich of Belarus converted just 50 percent of her first-serve points. The defeat in the match that took one hour and 52 minutes leaves her 0-4 in WTA finals.

Top-seeded Daria Kasatkina of Russia converted six of 13 break points en route to a 6-4, 6-4 victory over No. 9 seed Daria Saville in the championship match at Granby, Quebec.

Saville put on a fight in the final game of the match by saving four match points. But Kasatkina finally broke through on match point No. 5 by winning a long rally to put away the Australian.