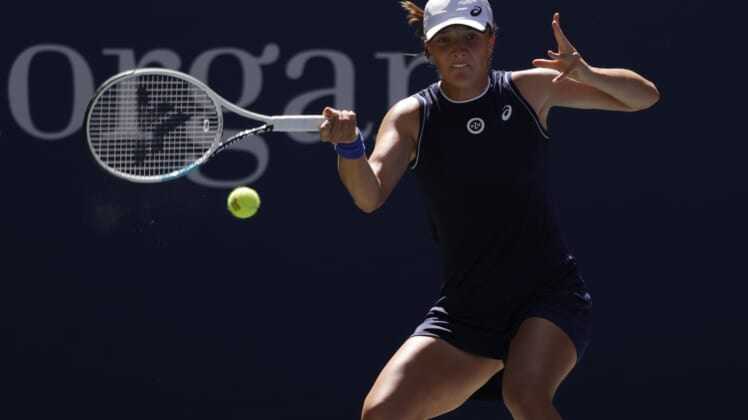 Top-seeded Iga Swiatek and third-seeded Aryna Sabalenka recorded semifinal victories on Saturday and will face off Sunday in the championship match of the Porsche Tennis Grand Prix at Stuttgart, Germany.

Swiatek of Poland ran her winning streak to 22 consecutive matches but there was nothing easy about her 6-7 (4), 6-4, 7-5 victory over Russia’s Liudmila Samsonova. The match took three hours and three minutes and Samsonova saved 10 of 15 break points.

Sabalenka of Belarus notched a solid 7-6 (5), 6-4 victory over second-seeded Paula Badosa of Spain. Sabalenka had 33 winners and recorded a 9-2 edge in aces while beating Badosa for the first time in three tries.

Russian qualifier Anastasia Potapova hit 33 winners while registering a 2-6, 6-2, 6-2 victory over Yulia Putintseva of Kazakhstan in the semifinals at Turkey.

Kudermetova will be seeking her second career title while Potapova is looking for her first WTA crown. Kudermetova won the lone previous meeting.