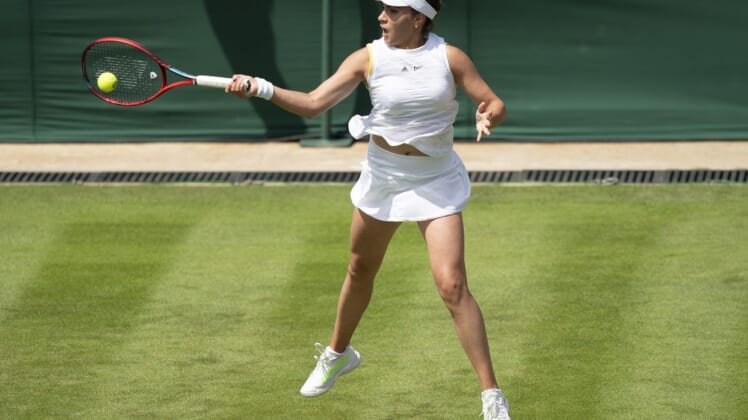 It took three hours and three minutes for Russia’s Kamilla Rakhimova to upset seventh seed Elena-Gabriela Ruse of Romania 6-4, 6-7 (3), 6-3 on Monday in the first round of the Hungarian Grand Prix in Budapest.

No. 4 seed Sara Sorribes Tormo of Spain beat American foe Lauren Davis 6-2, 7-6 (1) in the first round in Switzerland.

Sorribes Tormo won 14 of her 25 second-service points (56 percent) to stay in the match despite saving only one of five break points. With the second-set tiebreak tied 1-1, the Spaniard won six consecutive points to put the match away.

France’s Clara Burel raced past Lin Zhu of China 6-0, 6-1 in just 46 minutes. Other winners were Switzerland’s Susan Bandecchi, Russia’s Anastasia Potapova and Germany’s Jule Niemeier, who is coming off a career-best quarterfinal run at Wimbledon.