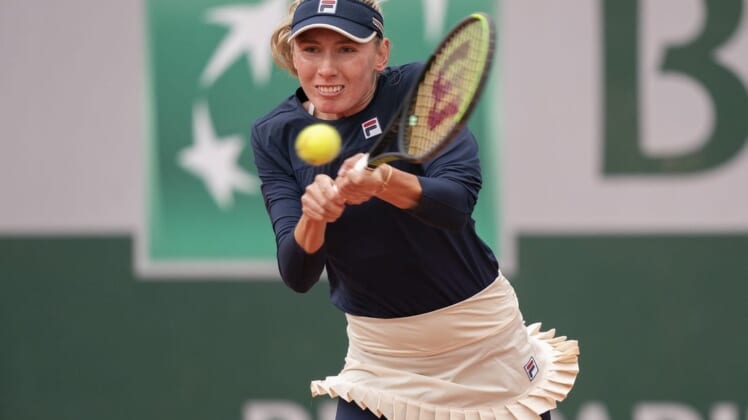 Ekaterina Alexandrova won her second career title on Sunday, upsetting top seed Aryna Sabalenka of Belarus 7-5, 6-0 in the final of the Libema Open at ‘s-Hertogenbosch, Netherlands.

The seventh-seeded Russian converted five of her eight break-point chances while saving four of five break points against her in the one hour, 18-minute match.

Sabalenka and Alexandrova had split four previous meetings. The win brought Alexandrova her first title on grass courts. Her only other career title came in 2020 in Shenzhen, where she defeated Elena Rybakina of Ukraine.

In April, Sabalenka also lost in the finals in Stuttgart, falling to World No. 1 Iga Swiatek.

Despite five service aces from Riske and six double faults of her own, Haddad Maia kept Riske on the run, forcing her to fend off break point after break point — 16 in all — as Haddad Maia converted three of them.

Statistically, the match was a near dead heat, with each player winning 13 of 26 games. Haddad Maia’s win came down to the difference of less than a handful of points as she won 92 of 180 in the match, compared to 88 for Riske.