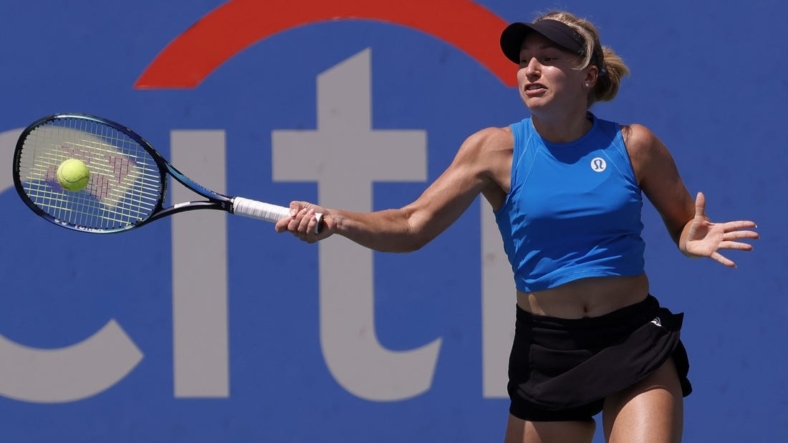 Ninth-seeded Daria Saville of Australia is on to the final of the Championnats Banque Nationale de Granby after her would-be opponent in the semifinals withdrew due to a shoulder injury on Thursday in Quebec.

Saville breezed past Xiyu Wang of China 6-3, 6-0 in 73 minutes in the quarterfinals and was slated to face Ukrainian 10th seed Marta Kostyuk in the semifinals. However, Kostyuk withdrew from the tournament because of a shoulder injury, allowing Saville a spot in Sunday’s final via walkover.

Tennis in the Land

No. 7 seed Aliaksandra Sasnovich of Belarus needed just 72 minutes to beat Madison Brengle of the United States 6-4, 6-1 in a quarterfinal match in Cleveland.

Her win sets up a semifinal date with No. 8 seed Alize Cornet of France, the only other seeded player still standing. Cornet dispatched of China’s Shuai Zhang 6-4, 6-2.

American Bernarda Pera also reached the semifinals and will face Russia’s Liudmila Samsonova. Pera finished with a 7-1 edge in aces while outlasting countrywoman Sofia Kenin 6-2, 5-7, 6-3 Thursday, while Samsonova was a 6-4, 6-3 winner over Poland’s Magda Linette.