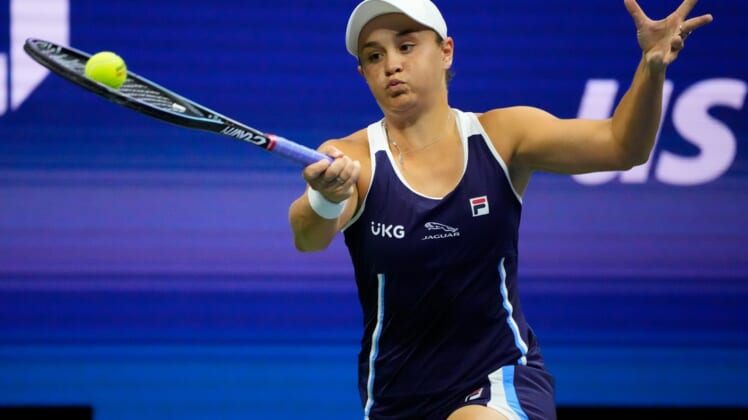 No.1 seed Ashleigh Barty defeated No. 5 seed Iga Swiatek of Poland 6-2, 6-4 on Saturday to move into the final of the Adelaide International in Adelaide, Australia.

Barty had 14 winners and 14 unforced errors, compared to 13 and 28, respectively, for Swiatek. Barty saved both break points she faced and converted three of her five break chances.

For Barty, it was her sixth straight win against a player ranked in the Top 20, and she moved to 16-1 since the start of 2021 against the top players. In her only previous meeting with Rybakina, the world No. 14, Barty defeated her 6-3, 6-2 in the third round of the 2020 Australian Open.

Japan’s Naomi Osaka saw her run in Melbourne end when she withdrew from her scheduled semifinal match due to an abdominal injury. The withdrawal allowed Russia’s Veronika Kudermetova to advance to the final with a walkover win.

Osaka, the former world No. 1, was playing in her first tournament since the U.S. Open four months ago.

The third-seeded Kudermetova will face second-seeded Simona Halep of Romania in the final. Halep cruised to a 6-3, 6-2 win over China’s Qinwen Zheng.