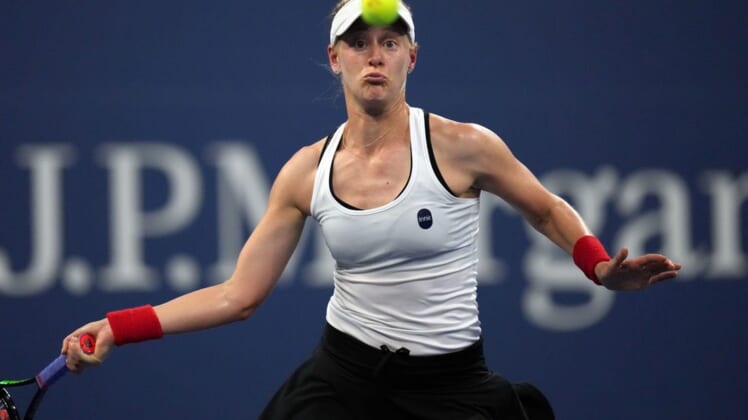 No. 6 seed Alison Riske outlasted Viktorija Golubic of Switzerland on Saturday to reach the Rothesay Open final for the second time in Nottingham, England.

Riske broke Golubic three times in the deciding set to finish the 6-3, 4-6, 6-3 semifinal victory in two hours and 23 minutes. A 2016 finalist in this grass-court event, the 31-year-old Riske is looking for her fourth WTA title and first since the 2021 Linz Open in Austria.

Her opponent Sunday will be No. 7 seed Beatriz Haddad Maia of Brazil, who was leading 6-3, 4-1 when the Czech Republic’s Tereza Martincova retired due to injury. Haddad Maia, 26, is seeking her maiden WTA Tour singles title.

Top-seeded Aryna Sabalenka of Belarus will battle No. 7 Ekaterina Alexandrova of Russia in Sunday’s grass-court final in ‘s-Hertogenbosch, Netherlands.

Sabalenka saved a set point and then raced to a 7-6 (6), 6-0 semifinal win against Shelby Rogers. Alexandrova fired six aces and converted five of six break chances in a 6-3, 6-1 win against countrywoman and No. 6 seed Veronika Kudermetova.