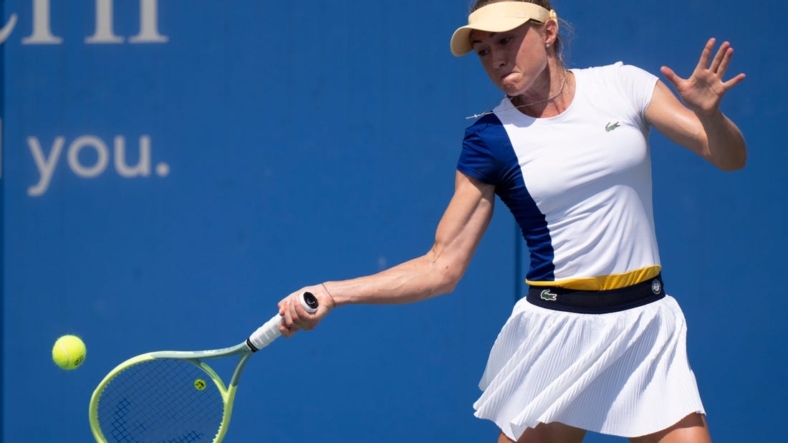 No. 7 seed Aliaksandra Sasnovich of Belarus outlasted No. 8 seed Alize Cornet of France 6-7 (5), 7-5, 6-3 in two hours and 51 minutes Friday night to reach the Tennis in the Land finals in Cleveland.

The tightly-fought contest saw Sasnovich fall behind 6-3 in the first-set tiebreak, where she saved two set points before Cornet finally broke through to win the set. Sasnovich rallied from there, converting 7 of 12 break-point opportunities while saving 7 of the 12 she faced.

Sasnovich will face Russian Liudmila Samsonova in Saturday’s final after Samsonova was a 6-1, 6-2 winner over Bernarda Pera of the U.S.

Samsonova needed just 53 minutes to handle Pera. She served seven aces without a double fault and won 56 of the 79 total points (70.9 percent).

No. 1 seed Daria Kasatkina of Russia cruised into the final with a 6-2, 6-0 victory over Frenchwoman Diane Parry in Granby, Quebec.

In just 62 minutes, Kasatkina beat Parry by winning 22 of her 25 first-service points (88 percent) and converting 6 of 11 break-point opportunities.

Kasatkina’s foe in Saturday’s final will be Australian ninth seed Daria Saville, who did not play Friday. After winning her quarterfinal match Thursday, Saville moved into the final via walkover when her would-be opponent, Marta Kostyuk of Ukraine, withdrew with a shoulder injury.