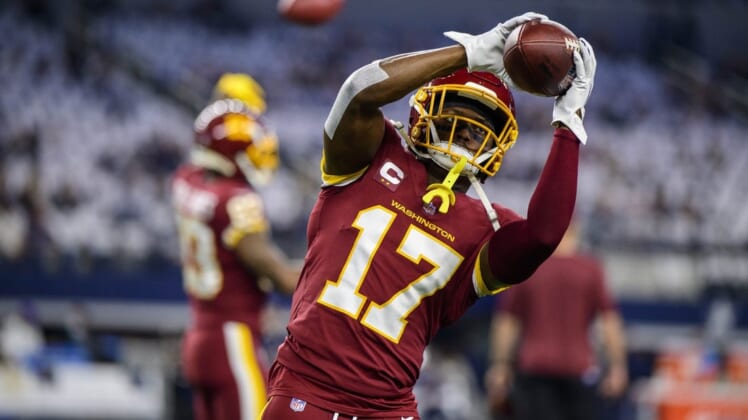 The team didn’t announce the financial terms, but multiple reports pegged it at up to $70 million.

A third-round pick from Ohio State in 2019, McLaurin caught 77 passes for 1,053 yards with five TDs last season. He had 87 receptions for 1,118 yards and four touchdowns in 2020, production that looks even more impressive when the revolving door at quarterback in Washington is taken into consideration.

This season, he is set to work with quarterback Carson Wentz, acquired in a trade with the Indianapolis Colts.

With the Commanders, McLaurin has appeared in 46 career regular-season games, all starts, and has 222 catches for 3,090 yards and 16 touchdowns.

He is one of three NFC wide receivers, joining Davante Adams and Justin Jefferson, to have at least 75 receptions and 1,000 receiving yards in each of the past two seasons.