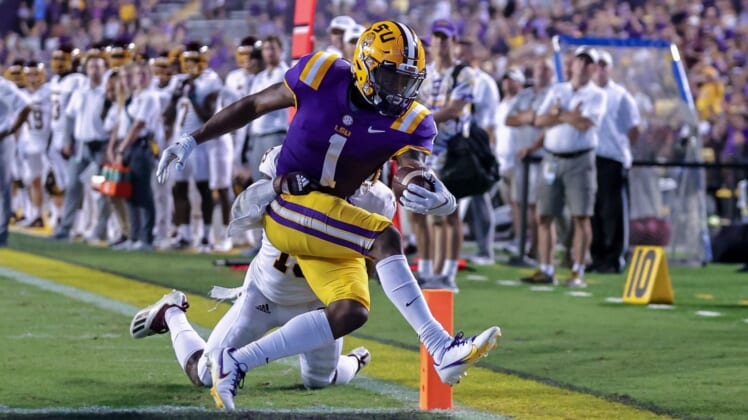 LSU wide receiver Kayshon Boutte will wear No. 7 — the jersey reserved for players in the program who excel on the field and inspire teammates off it — in 2022.

The school announced Boutte’s selection on Thursday, saying “the No. 7 jersey has become associated with a player who is a dynamic playmaker while also displaying all of the qualities necessary to build championship teams around.”

“I am excited to get back on the field with my brothers and work all season,” Boutte said in a news release. “To do it in the No. 7, and follow in the footsteps of some of the greatest players in LSU history, is an honor.”

He previously wore No. 1.

A junior, Boutte played in 16 games over his first two seasons. He has caught 83 passes for 1,244 yards with 14 touchdowns with the Tigers. He has five 100-yard receiving games, including the 2020 season finale against Ole Miss, in which he caught 14 passes for a Southeastern Conference-record 308 yards with three touchdowns as a freshman.