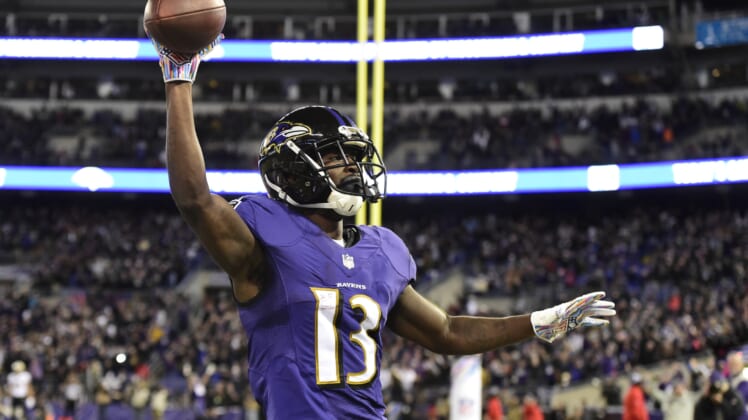 Smoke is coming to Buffalo. The Bills are reportedly bringing in speedy receiver John Brown on a three-year deal worth $27 million, per Adam Caplan.

One of the league’s best deep threats, Brown has averaged 15 yards per reception throughout his five-year NFL career.

A former third-round pick out of Pittsburgh State, he is coming off one of the best seasons of his career in Baltimore. He hauled in 42 passes for 715 yards and five touchdowns for the Ravens in 2018.

Brown’s ability to get free deep down the field should benefit young quarterback Josh Allen, who certainly has the arm to make the most out of this dangerous weapon.