Jaxon Smith-Njigba out again for No. 2 Ohio State 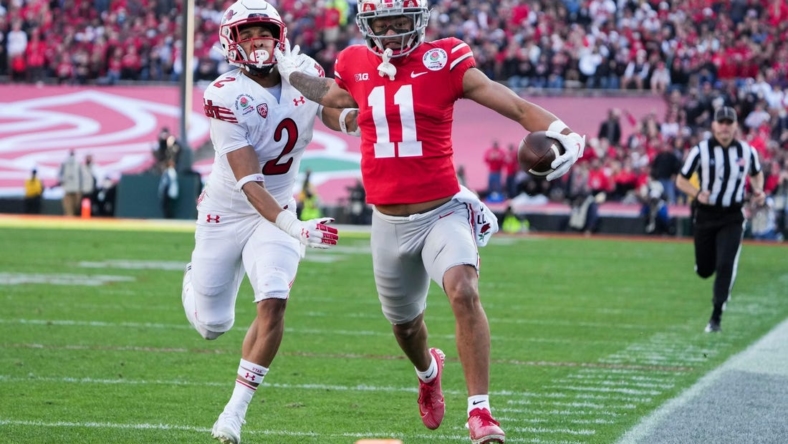 Ohio State will be without star wide receiver Jaxon Smith-Njigba again on Saturday when the No. 2 Buckeyes meet No. 13 Penn State on the road.

Smith-Njigba, a preseason All-American, has been plagued by a hamstring injury sustained in the opening game of the season against Notre Dame.

He has played in just parts of three games in 2022, catching five passes for 43 yards.

Big things were expected from Smith-Njigba this season after a stellar 2021, in which he set a Big Ten record for receiving yards with 1,606. His 95 catches also were an Ohio State record and the fifth most in Big Ten history. He also set Rose Bowl records with 347 receiving yards on 15 catches — three of them for touchdowns.

Emeka Egbuka and Marvin Harrison Jr. have emerged as the top targets for quarterback C.J. Stroud in Smith-Njigba’s absence.

Egbuka has 41 catches for 735 yards and seven touchdowns, while Harrison has caught 38 passes for 598 yards and 10 scores.