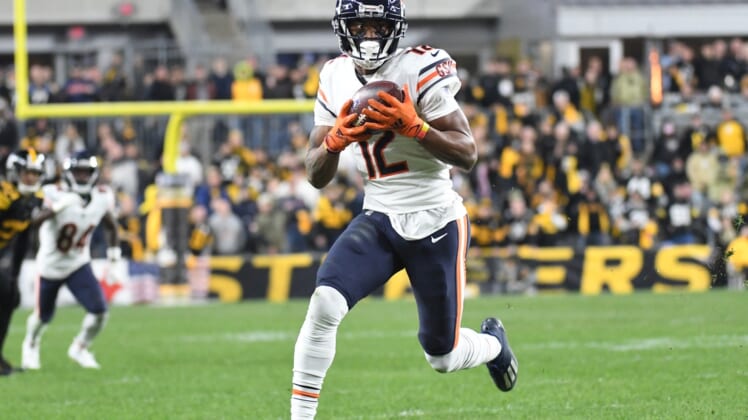 Quarterback Matthew Stafford now has Robinson, NFL Offensive Player of the Year Cooper Kupp and Van Jefferson at the ready. Wide receiver Robert Woods, recovering from a torn ACL, expects to take part in minicamps, and the Rams have indicated they want to re-sign Odell Beckham Jr.

Robinson, 28, spent the past four seasons with the Chicago Bears, and the Bears failed to reach agreement on a long-term deal before the 2021 season. He played under the franchise designation.

Adding another playmaker to our offense! ??

The Bears, under new general manager Ryan Poles and head coach Matt Eberflus, opted not to use the franchise tag in 2022 and have made moves geared toward creating cap space for 2023. Poles said they’d be interested in having Robinson back, but the wideout chose to head west.

Robinson was frustrated after being targeted just 66 times in 12 games in 2021.

He began his career with the Jacksonville Jaguars and has played in 100 career games with 495 receptions and 40 touchdowns.