Worst decisions the Titans could make this off-season 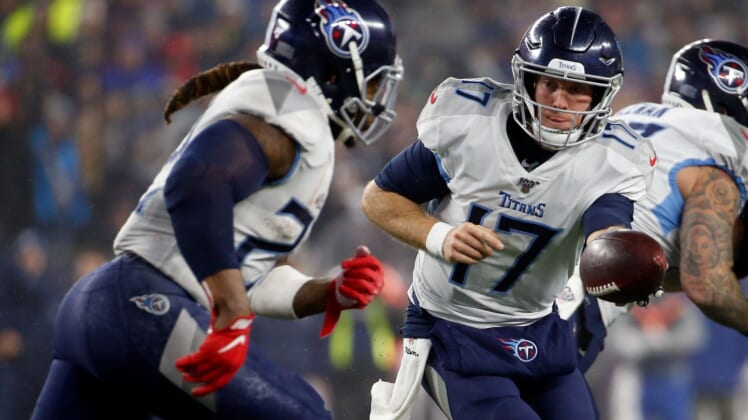 After sputtering to a 2-4 start early in the 2019 season, the Tennessee Titans made a change. Marcus Mariota, the No. 2 overall pick in 2015, went to the bench and Ryan Tannehill stepped in as the starting quarterback. It’s a decision that ultimately sparked an unbelievable run for the Titans in a season fans will never forget.

Tannehill provided a tremendous upgrade over Mariota. The 31-year-old opened up this offense and executed everything far better than Mariota ever did in his career. Meanwhile, the offensive line hit its stride and helped Derrick Henry go on a remarkable stretch, running through defenses and carrying this team to the AFC Championship Game.

It’s an exciting time in Tennessee. The Titans are in a position to bring back Tannehill and Henry, both headed for free agency, to make another run at the Super Bowl. It’s what the fans want, but we’ve also seen the risks of reactionary moves.

The Titans face critical decisions this offseason, calls more significant than they’ve faced in years. As we’ve seen across the NFL recently, making the wrong moves can handcuff an organization for years. That’s what makes Tennessee’s approach to the offseason so critical.

The skinny: Tennessee enters the offseason with $50 million in cap space and could create an additional $11 million by releasing Dion Lewis, Delanie Walker and Ryan Succop. There’s plenty to spend, but this team also has key starters set to hit the open market.

Don’t overpay Derrick Henry: The 26-year-old running back dishes out plenty of punishment to defenders on the field, but he takes even more hits throughout the season. Henry wants to be back in Tennessee and the feeling is mutual, but his contract demands are the problem.

It’s a massive financial commitment to a running back, especially one that is a non-factor in passing situations. For as impactful as Henry was this past season running the football, paying running backs an exorbitant amount of money hasn’t worked out lately.

It’s only a matter of time before the Cowboys regret overpaying Elliott. The Titans can’t make the same kind of mistake, especially on a running back who can’t be a pass-catching weapon. Even if the Titans make Henry the third-highest paid running back in NFL history, it’s almost certain to be a mistake that will crush this team’s cap space for years.

Avoid a long-term commitment to Tannehill: The Titans acquired Tannehill last offseason for pennies on the dollar and it proved to be one of the best moves all year. He certainly earned a pay raise this offseason and the Titans plan to bring him back. However, this is another spot where overreacting to a small sample size could burn this organization.

Making a long-term investment into a quarterback who played at just an above-average level then suddenly exploded in his age-31 season is a horrible decision. Tannehill can easily command more than $25 million annually on the open market and his agent can push for a four-year deal if he gets there.

He is going to experience regression in his age-32 season and the falloff could be significant from the numbers we saw in 2019. If the Titans commit to him on a multi-year that pays him like a top-10 quarterback, that will only further put this team at risk for long-term financial constraints.

The alternative approach: Being an NFL general manager takes a willingness to go against the grain and approach decisions with reason. The Titans certainly have key players they must re-sign this offseason and some marquee names have to be set free. After laying out the moves to avoid, here is how the Titans should approach the offseason.

The bottom line: Letting Henry walk won’t be a popular decision among fans and players, but it is the right move. Likewise, Tannehill still hasn’t proven enough to be awarded a multi-year deal that pays him like a proven, high-end quarterback.

The Titans can return to the playoffs without Derrick Henry. Improving the defense is a far better use of Tennessee’s cap space than giving it to a running back with limited abilities and that plays at a position of rapid decline. Quarterbacks are the most important position in football followed by edge rusher, offensive tackle and cornerback. That’s how the Titans should prioritize their spending this year.

If general manager Jon Robinson makes the right moves this offseason, there’s no reason to believe the Titans can’t remain a playoff contender next season and be free to spend in the years ahead. If he makes the mistake of overpaying Tannehill and Henry, it will set this franchise back for years to come.