10 players who can win the World Wide Technology Championship, including Viktor Hovland 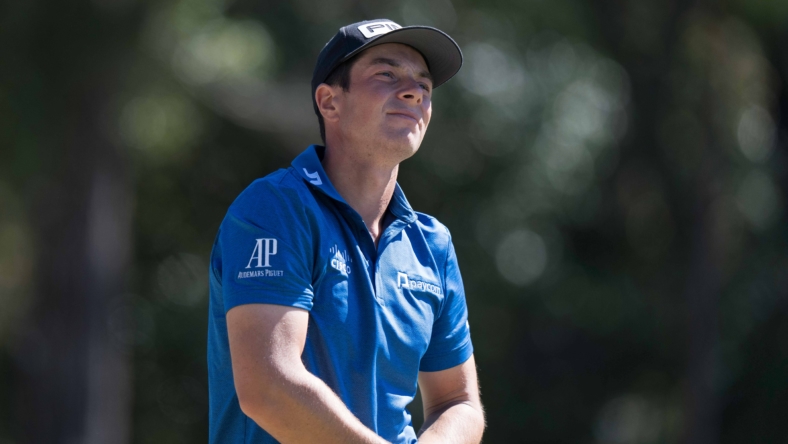 After last week’s Bermuda Championship that saw Seamus Power win the tournament by one stroke over Thomas Detry, PGA Tour golfers are preparing for the World Wide Technology Championship at Mayakoba.

With Power winning last week and Rory McIlroy winning the CJ Cup two weeks ago, the duo became the first players from Ireland to win back-to-back weeks on the PGA Tour.

Playing at the El Camaleón Golf course in Riviera Maya, Mexico, the field is set for the yearly tournament south of the border.

On this par-71 course, the players will face two par 5s on the front nine and one on the back nine. Before the first par-5 on the fifth hole comes the first par-3 that is only 116 yards. Despite the short yardage, the tee shot is straight into the wind making an even more distinct club choice.

Hole No. 10 to begin the back nine is par-3, totaling 200 yards where the opportunity for a water hazard is right of the green arises, especially if the wind is pushing towards the drink.

The final par-3 is hole No. 15, which is the course’s signature hole. The hole runs along the Caribbean. As a result, the breeze will play a huge factor in deciding the club choice.

The reigning champion, Viktor Hovland, is looking to win the tournament for the third consecutive year. In addition to Hovland, PGA Tour Player of the Year Scottie Scheffler is in the field as well as Collin Morikawa, who enters this week’s tournament as the No. 9 player in the Official World Golf Rankings.

Here are 10 players who can win this week.

J.J. Spaun has had some recent success, dating back to the final six weeks of last season. Since the FedEx St. Jude Championship in August, Spaun has played six tournaments and had made all six cuts to along with two top 25 finishes.

This is Spaun’s seventh time at Mayakoba and had made the cut in each of his six appearances, including a third place finish in 2018. On this course through the years, Spaun averages two shots under par for a round.

Last week’s PGA Tour winner travels down to the Caribbean looking to capitalize on the momentum he gained last week in Bermuda.

Power led the field a week ago with 28 birdies during his four rounds to give him his second career PGA Tour win. Last year at Mayakoba, Power finished tied for 11th place with two 67s and two 68s across his four rounds.

Thomas Detry has become an early favorite for PGA Tour Rookie of the Year with his hot start to the 2022-23 season.

After last week’s runner up, Detry has found some success and looking to continue that energy this week.

Brendan Todd has had some success already this season with two top 10s coming at The CJ CUP as well as the Fortinet Championship.

The CJ CUP in South Carolina a couple of weeks ago was Todd’s most recent event as finished tied for seventh.

At Mayakoba, Todd has scored a 66.92 over his last 12 rounds at El Camaleón. Having those four to five strokes off the board is crucial, that leads to a -16 or a -20 score, which could be the winning score under par this week.

Todd tees off Thursday at 10:08 a.m. PT with Tom Hoge and Ryan Brehm on the first tee. 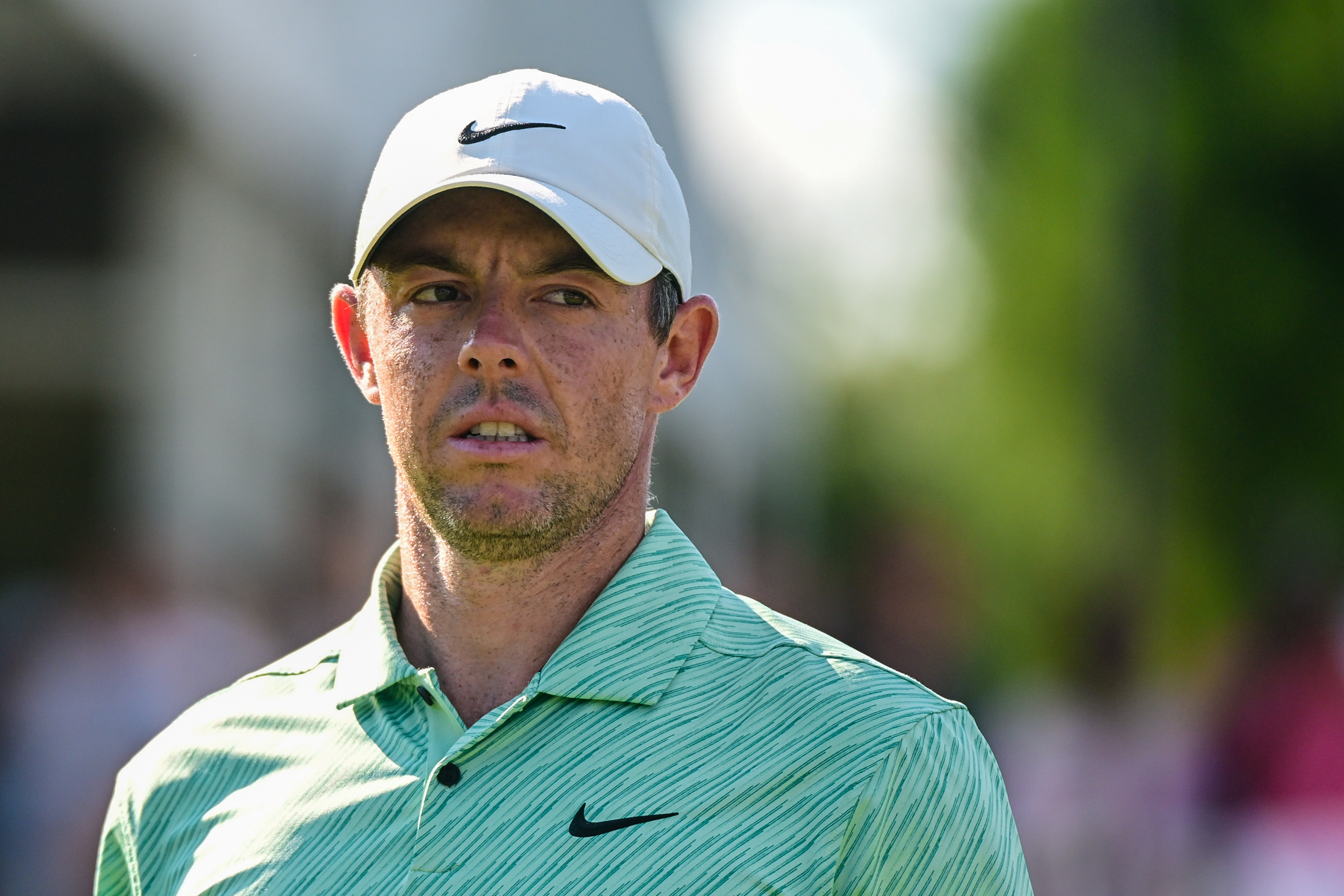 Over his last four trips to Mayakoba since 2018, Billy Horschel has finished no lower than 33rd.

In addition, in Horschel’s last three events worldwide (both on the PGA Tour and the DP World Tour), he has three top-10 finshes.

That consistency will be beneficial for Horschel this week.

Horschel tees off with Justin Rose and Jason Day on first hole during the World Wide Technology Championship at 10:30 a.m PT Thursday.

Aaron Wise came within one shot of winning this tournament in 2020, in addition to his three top-15s in this event since 2018.

Now in 2022, Wise is looking to take advantage of his sixth-place finish at the CJ CUP two weeks ago to fuel him this week.

Wise tees off on the 10th tee on Thursday morning at 10:30 a.m. PT with Spaun and Sepp Straka.

Tony Finau is making his PGA Tour individual debut after going 3-1-0 at the Presidents Cup in September.

Finau has been hot since the calendar turned to July with a couple of wins before the FedEx Cup playoffs.

This will be Finau’s seventh time at Mayakoba and has recorded a top-10 finish in the past.

Finau tees off for the first round Thursday at 10:19 a.m. PT alongside Harris English and Sebastian Munoz on the first hole. 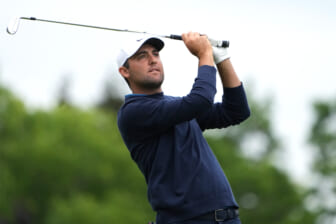 Scottie Scheffler enters this week as he is still figuring out his putter. However, Scheffler has seen success across his two trips to Mayakoba with a fourth place finish last year and an 18th place finish in 2019.

Despite working with a new putter, El Camaleón benefits players more on the approach around the greens rather than the putting aspect. As a result, the wedge is going  to be very crucial for Scheffler this week.

Collin Morikawa enters this tournament for his third individual event this season. Morikawa made the cut at the ZOZO Championship in Japan and the The CJ CUP.

Morikawa is a player who trying to regain to strong form since his success.

Morikawa tees off on the 10th hole with Power and Emiliano Grillo on Thursday at 5:39 a.m. PT

Everybody has their favorite course on the PGA Tour schedule, whether it is Morikawa at TPC Harding Park in the Bay Area or Hovland at Mayakoba.

Last year, Hovland set the tournament record last year at the World Wide Technology at Mayakoba with a score of -23.

Hovland is trying to win this tournament for the third straight year, something that has not been achieved since Steve Stricker won the John Deere Classic from 2009 to 2011. If the 25-year-old wins this week, it would the 22nd time someone has won the same tournament three consecutive years.