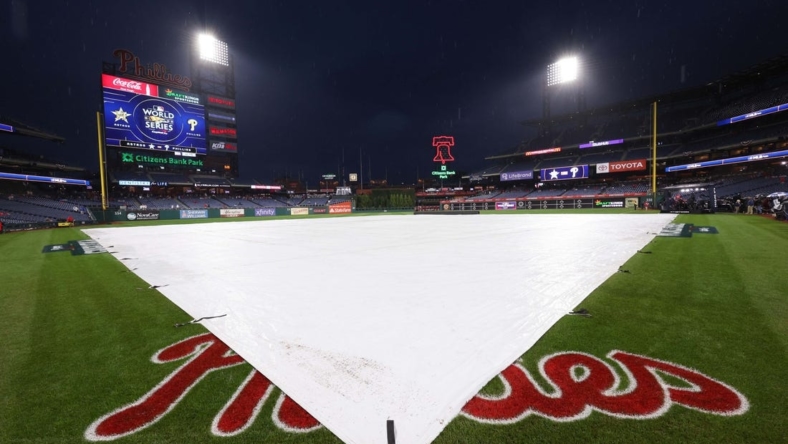 PHILADELPHIA — Shortly after a meeting at 6:45 p.m. ET, Major League Baseball decided to postpone Game 3 of the World Series between the Houston Astros and the Philadelphia Phillies on Monday because of heavy rain forecast in the area.

Game 3 will now be held Tuesday at 8:03 p.m. ET, with Game 4 Wednesday and Game 5 Thursday in Philadelphia. Friday will be an off day and if the series shifts back to Houston, Game 6 will be Saturday and Game 7 will be Sunday.

“Pretty solid forecast that we have another, heavier band (of storms) coming that’s gonna persist into the early morning,” commissioner Rob Manfred said. “For me, the risk of playing less than a complete game is just not worth it.”

The teams split the first two games in Houston.

Noah Syndergaard was scheduled to start Game 3 for the Phillies, but with the extra day, it’s possible that Ranger Suarez will be handed the ball.