Wolves out for better energy vs. surging Raptors 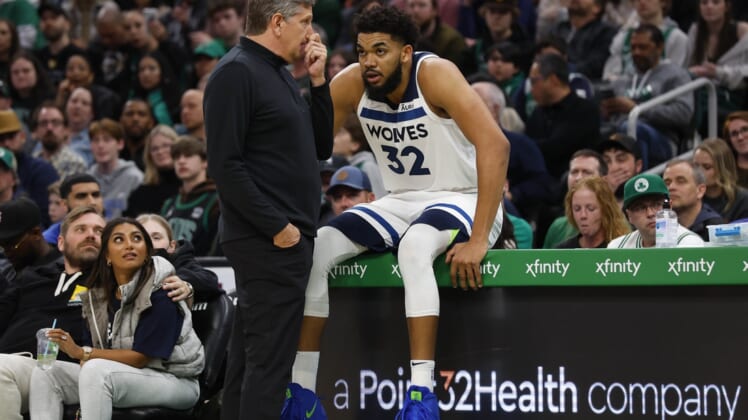 The resilience that the Minnesota Timberwolves have shown recently will be put to the test Wednesday night when they visit the Toronto Raptors.

“Our energy was low,” Timberwolves coach Chris Finch said. “Sometimes you have those games. Just try to flush this one away and get ready for Toronto.”

The Raptors (43-32) are going for a sweep of a four-game homestand. They earned a 115-112 overtime win Monday over the Celtics, who were without starters Jayson Tatum, Jaylen Brown, Robert Williams and Al Horford. Only Horford did not play when the Celtics defeated Minnesota.

The game on Wednesday has playoff significance for both teams as they try to finish in the top six of their respective conferences.

The Timberwolves have been able to put bad losses behind them. They have not had a three-game losing streak since Dec. 28-Jan. 2 when they were hit by a COVID-19 outbreak.

When the Timberwolves lost to the Dallas Mavericks and the Phoenix Suns in consecutive games last week, it was the first time they lost two straight since Feb. 9-11.

“They’ve done a pretty good job of not allowing one loss to lead into another,” Finch said. “So I would say yes, they rallied themselves really, really well.”

“This league, 82 games, plus you’re playing games every other day, and you’ve got to watch the film, learn from your mistakes and move on,” Minnesota guard Jordan McLaughlin said. “If you dwell on the losses, it’s only going to keep piling up.”

The Raptors put a positive spin on what became an unexpected struggle against a depleted Celtics team. Pascal Siakam saved them by scoring a season-best 40 points and grabbing 13 rebounds. He fouled out but not before scoring four key points and getting three rebounds in overtime.

“It wasn’t much fun, I’ll tell you that much,” Raptors coach Nick Nurse said. “But it’s hard to win in this league. It’s always something, and you have to keep fighting through. I give our guys credit for just hanging in and fighting.”

In a physical game, the Raptors also saw Scottie Barnes foul out in the fourth quarter. Barnes had 10 points in 30 minutes.

“That was a tough game to play and it certainly could have gone either way,” Nurse said. “And we’ve been on the wrong end of some of those. You feel really (bad) at the end of them when you end up on the wrong side, so it was nice we got one of these ugly, grind-out (victories).”

Gary Trent Jr. returned Monday after missing three games with a left big toe injury. He scored 12 points on 4-of-12 shooting from the field.

Fred VanVleet, who has been struggling with a sore knee, scored 14 points on Monday.

Trent scored 30 points and VanVleet did not play in the only meeting between the teams this season, a 103-91 Toronto victory at Minneapolis on Feb. 16.

The Timberwolves will be out to make amends for their loss on Sunday in which Anthony Edwards scored 24 points.

“I just think it’s a mindset,” said Karl-Anthony Towns, who scored 19 points for Minnesota on Sunday. “We feel all of us can get us out of a hole when we need to win the game, regardless of whoever hands the ball to them. This team is just a resilient group.”