The Denver Nuggets are losing an assistant and the Washington Wizards are gaining a head coach as Wes Unseld Jr. has been offered the position with Washington, according to an ESPN report.

The outlet’s sources for the story said discussions on a contract will start Saturday and that it is expected that Unseld will soon be named the team’s next head coach.

Unseld Jr. replaces Scott Brooks, whom the Wizards decided not to bring back for the 2021-11 season. 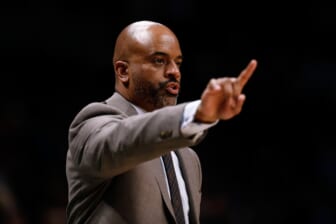 Unseld, son of the late Hall of Famer Wes Unseld, has been a Nuggets assistant since 2015 and was a Wizards assistant coach from 2005-11.

His father holds franchise records for rebounds, games and minutes played. He helped bring the lone NBA title to Washington in 1978 and later served as general manager as well as coach for the franchise.